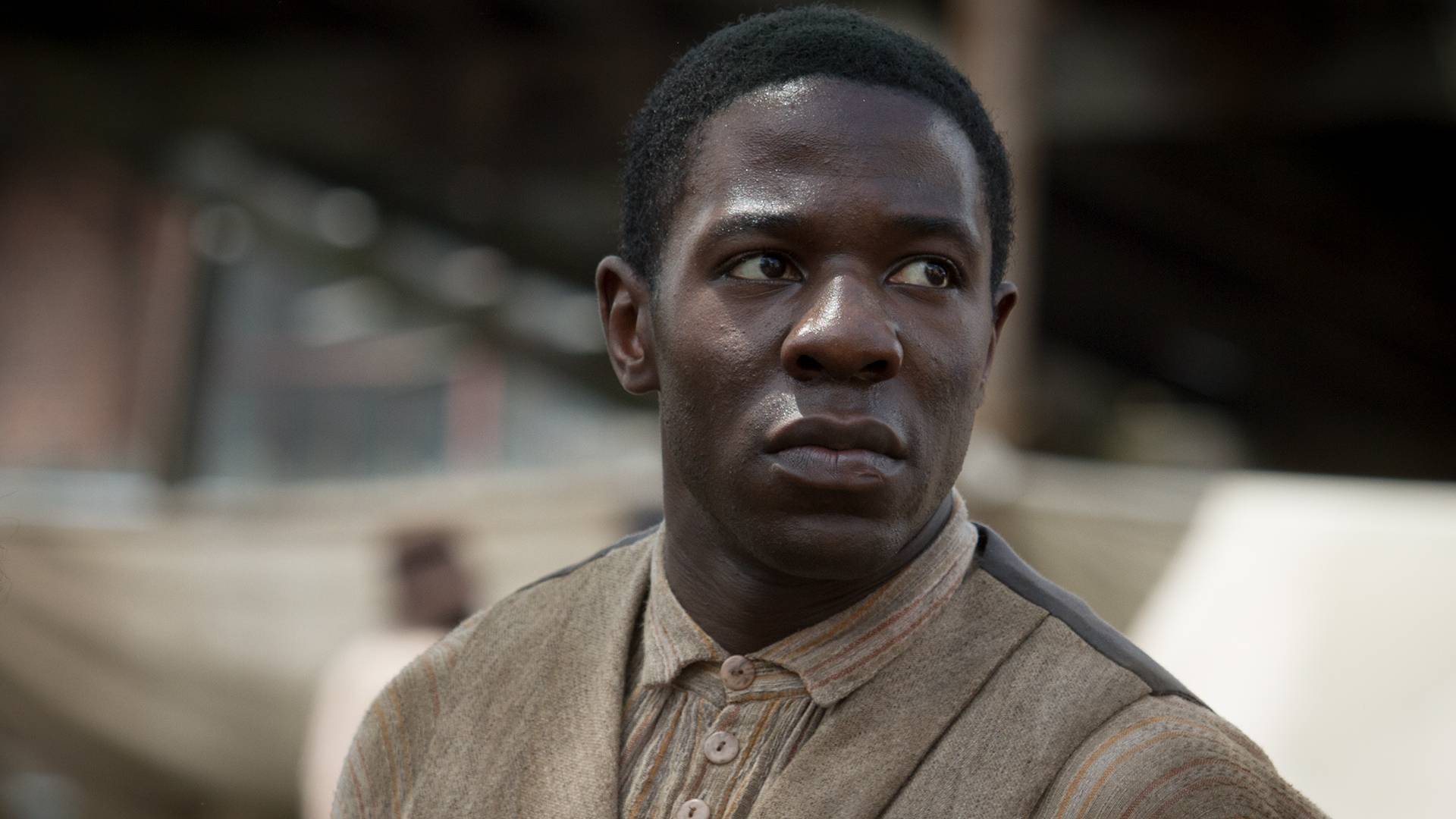 In this blog post, Schultz gives some background to Samuel Diggs' character by examining the real-life African American men who practiced medicine as surgeons during the Civil War.

As a freeborn black man from the North with medical experience in a physician’s household, Samuel Diggs has learned to keep his head down among white people. At Mansion House Hospital in Union-occupied Alexandria, he helped save the hemorrhaging Aurelia Johnson in Season 1, and his quick thinking spared the life of the ungrateful teamster, Mutt Murphy, in Season 2. When Murphy impales himself on a wooden stake during a fistfight in the “pox tent,” Samuel cauterizes his femoral artery to prevent him from bleeding to death. Ever on the lookout to lend his expertise to the cause, he has even fashioned a prosthetic leg for Dr. Foster’s brother, Ezra. These achievements do not go unnoticed by the surgical staff, but Diggs expects their wrath instead of their confidence and support. He is not sure whom he can trust when Dr. Hale solicits him for tutoring in anatomy but later asks Samuel to take the rap when Major McBurney questions the autopsy report signed by Hale and “Dr. Samuel Diggs.” When Dr. Foster invents a “Machiavellian” ruse that exonerates both Hale and Samuel and promises to liberate McBurney from his desk job, Samuel learns that he is bound for medical school instead of being fired. The turbulence of motives and actions in the crucible of Mansion House—a sign of the instability of black lives in the emancipation era—has brought Samuel a rare opportunity.

Samuel Diggs’ story, as it turns out, is not apocryphal. Despite the low number of African American physicians in antebellum America, when few people of color had access to public education and even fewer to professional training as Audrey Davis reminds us in her blog post of February 13, archivists and historians have identified more than a dozen men who practiced medicine as surgeons during the Civil War. Hundreds of thousands of letters sent to the Union Surgeon General, the Quartermaster General, and the Adjutant General during the war, as well as pension records generated after the war, contain clues relating to young men of color who, like Samuel Diggs, had pursued or hoped to pursue medical study. One of these was Benjamin Boseman, Jr., a “promising” young black student, whom Medical Director Joseph K. Barnes was considering for a position as Assistant Surgeon in an African American regiment. Barnes, who would follow the ousted William Hammond as Union Surgeon General in 1864, explained that he was willing to appoint Boseman with special permission from Secretary of War Stanton, but only after he had completed his medical coursework in upstate New York. This correspondence suggests that there were others who aspired to join the surgical corps during the war, even if they did not ultimately win appointments. 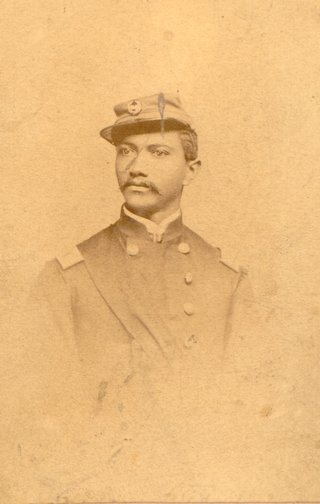 Dr. Alexander T. AugustaOblate Sisters of Providence Only a few African Americans gained positions as commissioned medical officers during the Civil War; others black physicians entered the service as contract surgeons, working for shorter periods without the benefits that accrued to those appointed by the Army Medical Department. White physicians felt threatened and even “humiliated” by black physicians in their midst and protested serving alongside them, or worse, having to take orders from them.  Racial prejudice and assaults on black surgeons kept only the most fearless among them in the service. Observing the fallout from assignments that forced white men to partner with black men, medical administrators began to place black surgeons in posts with U.S. Colored Troops (USCT) or in contraband hospitals, where they would not need to cross the color line.  Margaret Humphreys writes of John V. Degrasse, who became Assistant Surgeon of the 35th USCT after fourteen years in civilian practice and medical training in Maine and France; and Cortlandt van Rensselaer Creed, a graduate of Yale, who served as a surgeon in the 13th Connecticut Volunteers (USCT). With the majority of black doctors on contract as “acting assistant surgeons,” military-medical handlers did not have to think twice about letting go any contract surgeon who gave an unsatisfactory performance, and they could rest assured that they had not wasted precious time or money in getting black surgeons into professional service.

Though we have few African American doctors serving with Union regiments, we do find them by 1863 taking care of the residents of contraband camps in the eastern theater. One of the largest and busiest of these camps was in Washington, D.C., located on a plot in what is now the Adams Morgan neighborhood but was quite remote from the city when it opened in 1862. Overcrowded barracks, brackish well water, and inferior medical supplies led quickly to a smallpox epidemic, forcing the camp to establish a hospital. Stricken civilians were treated alongside black soldiers for lack of space and resources. Though men and women were segregated into gender-specific wards, the contraband camp did not have the luxury of distinguishing between those who were fighting to save the Union and those who were struggling to survive after having escaped their bondage. Finding white physicians to staff this and other contraband hospitals was a challenge in 1862; indeed the racial climate of the nation’s capitol was such that most white workers appointed to care for black bodies considered the assignment a penalty rather than an honor.

Alexander T. Augusta, chief surgeon of the contraband camp from May through October 1863, was the first African American to hold the post. We know from the meticulous research of National Library of Medicine archivist Jill Newmark and popular historian Robert Slawson that Augusta, a freeborn man from Norfolk, Virginia, obtained his medical degree in Toronto in 1856, when he was thirty, and confronted a number of internal obstacles before the Army Medical Department would acknowledge his application to serve. Once Augusta took command of the contraband hospital, making him notably the first African American in the U.S. to lead a hospital, he could hire his own staff—a move that made it possible for other medically trained African Americans to serve. Despite his position of authority, however, he could not travel around Washington without garnering insults, and on a train to Baltimore in 1863, disgruntled passengers, disgusted by Augusta’s insistence to ride among them, beat him up.

Augusta introduced an initiative to improve the fresh water supply early in his tenure, but the Medical Department declined to act, which resulted in an even higher rate of illness at the contraband camp. Cornelia Hancock, a white New Jersey Quaker, who nursed there under black surgeons for three months from November 1863 to February 1864, noted the press of smallpox patients. When Augusta left the hospital to become Surgeon of the 7th U.S. Colored Troops, William P. Powell, whom Augusta appointed as assistant surgeon, and Anderson R. Abbott, both African Americans, garnered medical responsibilities at the camp.  Powell had obtained his medical degree abroad, like Augusta, finding an inhospitable environment for the admission of black medical students in the United States and desiring to remove his young family from the potential dangers of the Fugitive Slave Bill of 1850. Interestingly, the same policies of exclusion applied to American women who sought medical degrees in the 1850s and ’60s,  which sent some, like “the Cairo angel” of the western theater, Mary Jane Safford, to seek training in Austria and Germany. Powell, who was 27 and in practice when the war began, had been trained at London’s Royal College of Surgeons and had, according to Newmark, found interest in a medical career after serving for a time as an apothecary.  Once he took over for Augusta, Powell observed that during the winter of 1863-64 it was common for the camp to receive five to six new smallpox cases daily. John H. Rapier, another African American surgeon at work in Washington’s contraband hospital, noted that he labored around the clock as other staff members caught smallpox or sickened from the poor water quality. 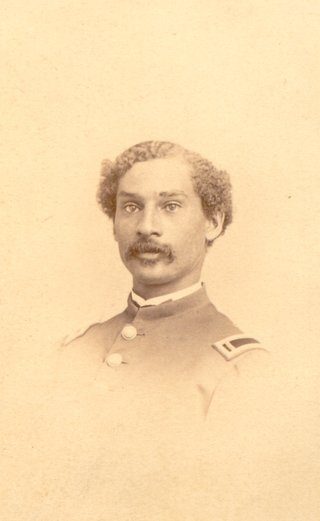 Dr. Anderson RuffinOblate Sisters of Providence Not without controversy—several colleagues accused him of having a drinking problem—Powell remained in charge until late 1864, when Abbott became head surgeon.  Abbott, who had been mentored by Augusta and was twelve years his junior, also went to medical school in Toronto and earned the praise of patients and Freedmen’s Bureau administrators who appreciated Abbott’s management skills.  At the helm through the end of the war and through most of 1866, Abbott also hired other African American staff: In addition to John Rapier of Massachusetts, he provided a route into service for Alpheus W. Tucker of Michigan, Charles B. Purvis of Pennsylvania, and William B. Ellis of New York. After leaving their posts at what had been re-christened Freedmen’s Hospital, several of these men established private practices in Washington.

Having received training at Western Reserve University in Cleveland and later obtaining a medical degree from an institution in Keokuk, Iowa, Dr. J. D. Harris hoped to gain a commission late in the war, after other African Americans had already blazed the trail.  Even though his commission was not approved, Harris was appointed on contract to join the staff of Balfour Hospital in Portsmouth, Virginia, where sick and wounded black soldiers and other local people of color convalesced. The Christian Recorder, an African American newspaper, reported that Harris’ work was lauded by patients and fellow practitioners, even as it gave offense to white citizens who were shocked that a black doctor could be allowed to succeed in a Virginia town.

Without Alexander Augusta’s initial success with medical gatekeepers, it seems likely that the movement of African Americans into the Civil War’s medical service would have languished. Though many whites regarded the prospect of black doctors caring for the troops with suspicion and incredulity, and some even took the law into their own hands to prevent physicians of color from practicing, this handful of black physicians ultimately succeeded in offering aid to black soldiers and the black community. Never a smooth path, the persistence of men who believed that their medical credentials ought to be respected by the Union medical establishment slowly eroded the obstacles that would continue to confront black physicians during Reconstruction and beyond. 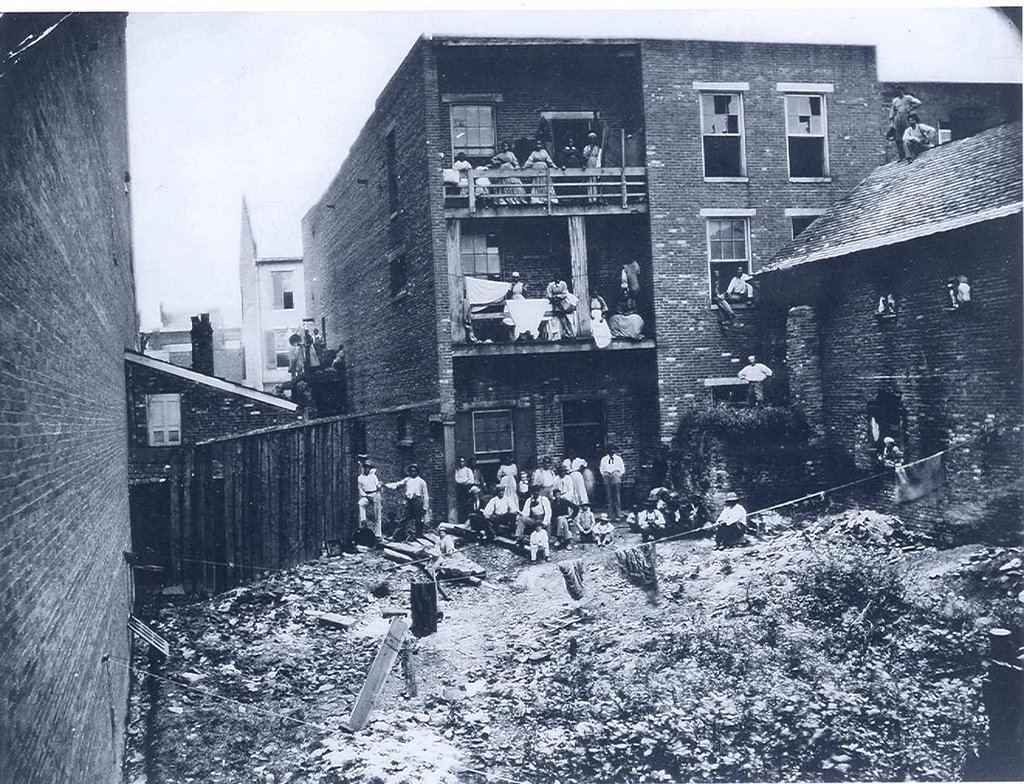 Residents and staff of a contraband hospital in Nashville, Tennessee during the Civil WarNational Archives