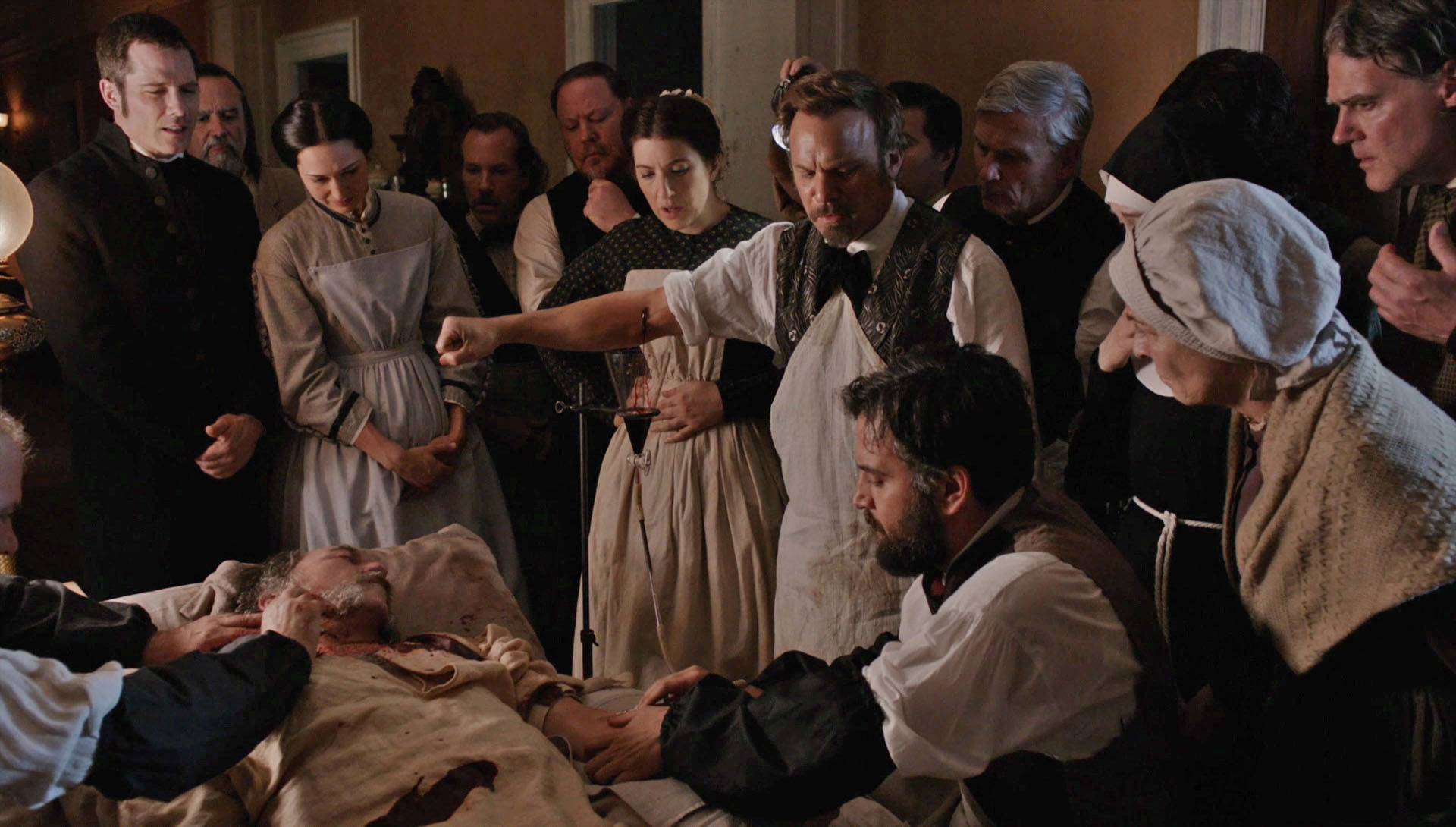 Silas Bullen gets a blood transfusion in the episode "Balm in Gilead."

Editor's Note: PBS has partnered with Mercy Street's historical consultants to bring fans the Mercy Street Revealed blog. Shauna Devine, Ph.D., is an assistant professor at the Schulich School of Medicine and the Department of History at Western University.

In this blog post, Devine delves into how developing ideas about science shaped research and experimental medicine during the Civl War.

The scene begins with Dr. Hale attempting to perform a blood transfusion—a seemingly complicated procedure and one that is generally associated with modern laboratory medicine. It begs the questions—how common were blood transfusions during the American Civil War? And, when did the practice of blood transfusions, performed to treat patients suffering from extreme hemorrhaging, take shape in wartime medical practice?

One of the first recorded attempts at a blood transfusion came in the wake of William Harvey’s (the father of physiology) discovery of the circulation of the blood in the early 17th century. However, it would not be until the 19th century that more physicians attempted to master this largely experimental procedure. One of the earliest examples comes from the research and publications of the British physician James Blundell, who performed a successful blood transfusion after his patient suffered extreme post-partum hemorrhaging. Using her husband as a donor, Blundell extracted four ounces of blood and proceeded to transfuse his patient using a syringe. He went on to perform at least twenty more experimental transfusions and he published the results of his experiments widely.

But there were obvious potential difficulties with this procedure: prior to the advent of the germ theory in medical practice, there was a risk of inoculating undiagnosed diseases to the patient (equipment was usually not sterilized); and the development of blood typing and chemical anticoagulants were still more than fifty years away. Nevertheless, while not a common procedure, Civil War physicians did attempt a few blood transfusions during the war years. And perhaps more interestingly, elite physicians debated about how knowledge might be developed to make blood transfusions a more standard part of medical treatment. Physicians believed transfusions would be efficacious in treating cases of very heavy bleeding, which sometimes followed flesh wounds of the extremities or amputations.

"... A single bubble of air introduced into the veins in the awkwardness of a first attempt is followed by a sudden death. The operation is by no means as easy ..."

In 1864 a select group of elite physicians, after having a meeting about how to best treat severe cases of hemorrhage, wrote Army Medical Museum curator Joseph Woodward to inquire about the possibility of doing blood transfusions on soldiers. The physicians and Woodward exchanged a series of letters, which referenced and debated the results of Marten’s treatise published in Berlin in 1859, which documented forty-five successful cases of transfusions. The letters, among many other things, discussed the ways in which blood transfusions might be used in the general hospitals to treat cases of severe wound trauma.

One idea that emerged was the possibility of using defibrinated blood (whole blood from which the fibrin had been separated during the clotting process—during the war this was done by stirring the blood), a method which had been recommended by various European medical authorities including Dumas, Prevost, Bischoff and Brown-Sequard. The process included using defibrinated blood (usually a very small quantity, which was perhaps why patients were generally not harmed by the lack of blood typing), which would then be injected very slowly into a vein with a syringe. 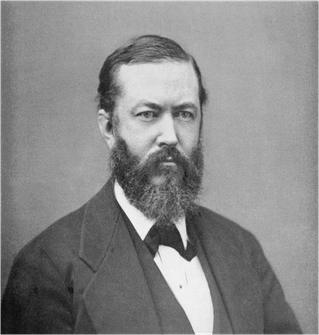 Joseph Woodward However, Woodward advised the team that transfusions with defibrinated blood on humans suffering from “diseases of exhaustion were not so well adapted.” He recommended instead (and before allowing physicians to perform blood transfusions as a matter of policy) that they undertake experiments on animals, which Woodward had done many times. He cautioned, “myself, some years as a practical student of experimental physiology, I have made many investigations in some part of which liquids of various kinds were injected into the blood vessels, and I have therefore had an opportunity to know from experience something of the difficulties of this subject. A single bubble of air introduced into the veins in the awkwardness of a first attempt is followed by a sudden death. The operation is by no means as easy as the accounts of enthusiasts would represent.” He therefore “earnestly protested against any general official recommendation of transfusion at present, as likely it will lead to greater mortality than it is intended to prevent.”

Thus, while some experimental blood transfusions were attempted during the Civil War (there were 2 published accounts and at least 3 unpublished accounts) the use of blood transfusions to treat life-threatening hemorrhage never became a matter of official policy (in the way that autopsies did as an example). Nevertheless, the wartime debates, experiments, case histories and publications reveal the dynamism and importance of the war in the shaping of not only the development of the medical sciences in American medicine, but also for laying a foundation upon which the U.S. Military Blood Program would develop.

The use of blood transfusions and how the procedure might save the lives of soldiers continued to be debated among physicians in the post-Civil War period, particularly during the First and Second World Wars. It was known by then that blood transfusions helped the seriously wounded and blood typing was understood. Between the First and Second World Wars there were developments in blood plasma research, which led to the practice of battlefield plasma injections thereby mitigating almost all the effects of shock, allowing a delay before further treatment of either blood transfusion and/or surgery at a hospital.

During the Korean War there were well-developed plans for obtaining blood even before the beginning of combat, and the practice of sharing research between civilian hematologists and military physicians regarding blood typing, hemolytic reactions, altered oxygen affinity and other potential complications were common practice. By the time of the Vietnam War the U.S. Military Blood Program (which had its modest beginnings in the Civil War) was widely considered to be a “phenomenal success” and was responsible for saving countless lives. Building on this long foundation, the military researchers that tirelessly work in the Armed Services Blood Program continue to lead the way in research, innovation and life-saving procedures.

For further reading:
Shauna Devine, "Learning from the Wounded: The Civil War and the Rise of American Medical Science."

Shauna Devine, Ph.D., is an historian of Civil War and American medicine. She has a Ph.D. in medical history and currently holds a joint appointment as an assistant professor at the Schulich School of Medicine and in the Department of History at Western University. She also sits on the Board of Directors for the National Museum of Civil War Medicine. Read Bio | Read All Posts