Chloroform and the American Civil War: The Art of Practice and the Science of Medicine

Posted by Shauna Devine on 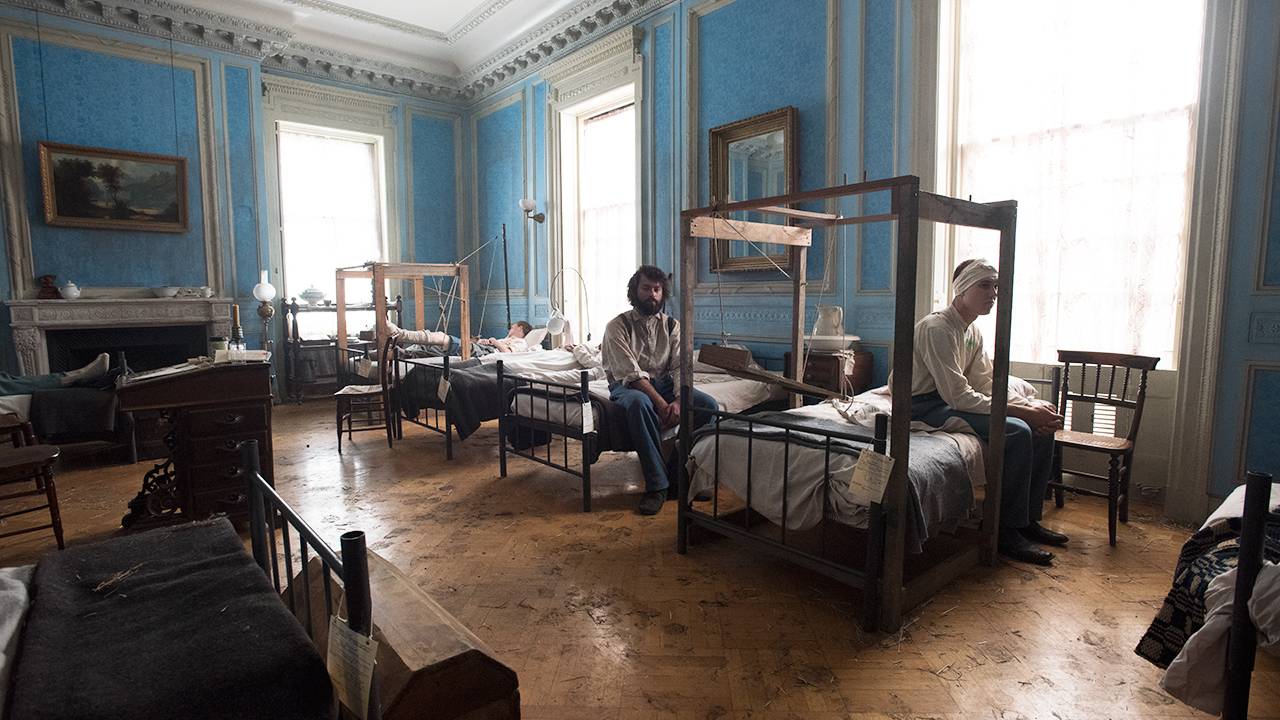 Chloroform and the American Civil War:
The Art of Practice and the Science of Medicine

Editor's Note: Shauna Devine, Ph.D., is a historian of Civil War and American medicine. She has a Ph.D. in medical history and currently holds a joint appointment as a research fellow at the Schulich School of Medicine and assistant professor in the Department of History at Western University.

In this blog post, Devine chronicles the introduction of general inhalation anesthesia and how it transformed medical and surgical practice in the mid-19th century. 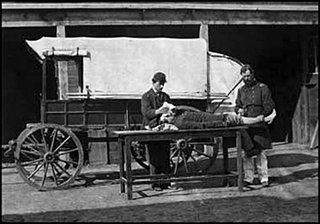 Civil War administering anesthetic agent It is perhaps well known that with the introduction of general inhalation anesthesia using ether in 1846 followed by chloroform in 1847 that medical and surgical practice in the mid-19th century was transformed. Introduced in 1847 by Sir James Young Simpson, chloroform was first used, though very rarely, during the Mexican-American War (1846-47). Physicians began using it in civilian practice in the late 1840s and 1850s and it was extensively used during the Civil War. Anesthetic was very new to some Civil War physicians, though many had read about its use in the Crimean War. In his manual on military surgery the physician Samuel Gross remarked:

“In the war in the Crimea, the British used chloroform almost universally in their operations; the French also exhibited it very extensively, and Baudens, one of their leading military surgical authorities, declares that they did not meet with one fatal accident from it, although it was given to them during the Eastern campaign, thirty thousand times at least.” 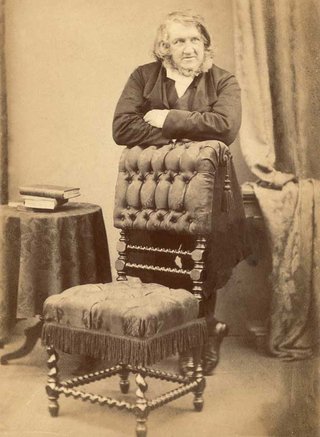 Sir James Young Simpson Although the agent became part of the standard army supply table in 1849, and had been used in civilian practice, it was not until the American Civil War that the use of anesthetics became standard practice for the many American physicians. The Union records show that of more than 80,000 operations performed during the war only 254 were done without some kind of anesthetic. Chloroform was the anesthetic of choice because it was easily inhaled, acted quickly and was thus seen to be more efficient than ether (though a mix of ether and chloroform was also used but not as often).  Administering chloroform was routine by the war’s end. In the general hospitals the practice was for the operating physician’s assistant to place the chloroform on a piece of cotton or towel, which had been fashioned into a cone, and then placed over the patient’s nose and mouth, preferably in the open air. The patient would then fall into a deep sleep after which time the operation could proceed without excruciating pain for the patient.

Were there problems with the use of chloroform? The agent was relatively new in 1861 and the very idea of being put to sleep was still an anathema to many patients and even to some doctors. Moreover, there had been deaths from chloroform prior to the war, and though rare, these deaths were widely publicized in medical journals, newspapers, and even coroners’ inquests. From the first use of chloroform in the 1840s through to the twentieth century the question of anesthetic death was investigated by elite physicians across the globe, and though these investigations produced no clear consensus on what caused sudden death, these research questions were explored by elite physicians during the Civil War.  While the cause of anesthetic death in the 1860s was not understood, we now know that when administered improperly, chloroform can cause cardiac arrest leading to sudden death. The cause of death from chloroform occupied the attention of the medical profession partly because the phenomenon was not a common one and partly because these deaths afforded no clear causal explanation. A number of questions precipitated the investigations into anesthetic deaths in the 19th century: was the death the result of the toxicity of the chloroform, the way or circumstances under which it was administered or was it owing to the patient’s weakened constitution? Some doctors believed that chloroform depressed the nervous system and advocated the use of stimulants in conjunction with it; others believed that stimulants lessened the effect of the chloroform. Still others advocated the exclusive use of ether, some physicians swore by a combination of the two agents while a few discarded anesthetics altogether. 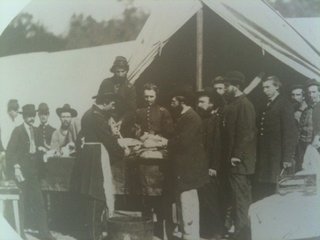 Surgeon General Joseph Barnes (Hammond’s successor) aimed to throw light on some of these questions and on the subject of anesthetic deaths. He issued a circular to all medical directors in the latter part of the war: “Medical Directors will require of all medical officers under their direction a strict compliance with the following instructions: In all cases, either in hospital or in the field, in which death is supposed to result from the employment of anesthetic agents, a detailed report of the attendant circumstances will be transmitted by the medical officer in immediate charge of the patient, through the ordinary channels, to the surgeon general. Medical officers in charge of hospitals and surgeons in chief of divisions will endorse on the reports of their subordinates their opinions of the facts. Together with the report, a sample of the anesthetic agent employed will be forwarded for analysis.”

Numerous reports were submitted detailing the method under which a patient may have died following the administration of chloroform. As one example, Surgeon Jas. Blaney and Surgeon Wm. B Wyme submitted a particularly interesting case report concerning the death of Corporal Ballou, Co. E, 14th Pennsylvania Cavalry Volunteers, who received an “accidental wound” of the phalangeal bones of the index and middle fingers of the right hand. The bones were “very much comminuted, the fractures extending into the joints causing anchylosis of the joints leading to “excruciating pain in the fingers,” which was so intense that he could not perform his duty for two months. It was therefore decided to remove the fingers (at the patient’s request).  The patient’s overall health was assessed and it was decided that he “had no disease of the heart or lungs” which would have made the use of chloroform unadvisable. It was inhaled by the patient “without unpleasant symptoms” and when he was “sufficiently under its effect” the operation began. The patient experienced pain when the index finger was removed so he was given “a small portion more” in order that the middle finger could be removed. Almost immediately the patient struggled violently and the “arterial hemorrhage ceased to flow.”  The doctors instantly examined his tongue and found “it had fallen back,” at which time they began the “usual method of exciting respiration.” Wyme noted that the patient had not been under the anesthesia for more than five minutes when this occurred. The autopsy was performed almost immediately, disclosing that the lungs were healthy but the heart showed the appearance of slight ossification. They concluded that death was the result of “immediate paralysis of the heart.” 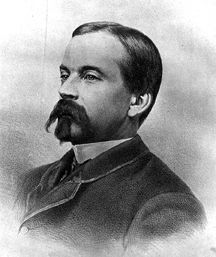 George Otis At the request of Barnes, the noted physician George Otis further studied the incidence of death from anesthetics and in February 1865 submitted his “Report on the Fatality of Anesthetics during the Present War.” He examined hundreds of papers from medical officers in the field in the hope of “corroborating the conclusions of the surgeons who served in the Crimean and Italian Campaigns” to prove the “almost universal applicability of anesthetic agents in operations necessitated by gun-shot wounds.”  Of 1710 cases analyzed, Otis found that chloroform was used in 1000 cases, ether in 500 and a mixture of the two in 210.  In most cases, when a patient died after the administration of anesthetics, it was within 5-10 minutes.  Surgeon McParlin, Medical Director of the Army of the Potomac, Surgeon Cooper, Medical Director of the Army of the Cumberland, Surgeon Moore, Medical Director of the Army of the Tennessee and Surgeon Ghiselin, Medical Director of the Middle Military Campaign for the summer campaign of 1864, together recorded 5284 cases in which chloroform was administered in primary operations of gun-shot wounds. Otis also determined that 5022 cases in general hospitals used anesthetics in primary operations. Overall he estimated that more than 80,000 wounded patients had been administered chloroform. Otis concluded “that we have had fatal accidents to deplore from the use of chloroform” but the number of deaths was quite low in relation to use. He could not in 1865 judge how many. But years later in the Medical and Surgical History it was estimated that there were only 37 deaths or rather 5.4 deaths for every thousand cases.

Given the relatively low number of deaths due to chloroform, was there a controversy among physicians about the use of anesthetics during the war? Like Hale, there were in fact some physicians who came of age in the pre-anesthetic days and who still, as Dr. J. Julian Chisolm remarked, “moralize upon the duty of the suffering and who characterize the cries of the patient as music to the ear.”  But these men were in the minority. While not all physicians might have produced research on new medical techniques such as the physiology behind why anesthetics worked, most wartime physicians did embrace the use of anesthetics during the Civil War.  Indeed, the sources overwhelming show that by the war’s end most surgeons agreed on the efficacy of chloroform and there was consensus that it was a “soldier’s best friend during a painful surgery.”

Shauna Devine, Ph.D. is a historian of Civil War and American medicine. She has a Ph.D. in medical history and currently holds a joint appointment as a research fellow at the Schulich School of Medicine and assistant professor in the Department of History at Western University. Read Bio | Read All Posts