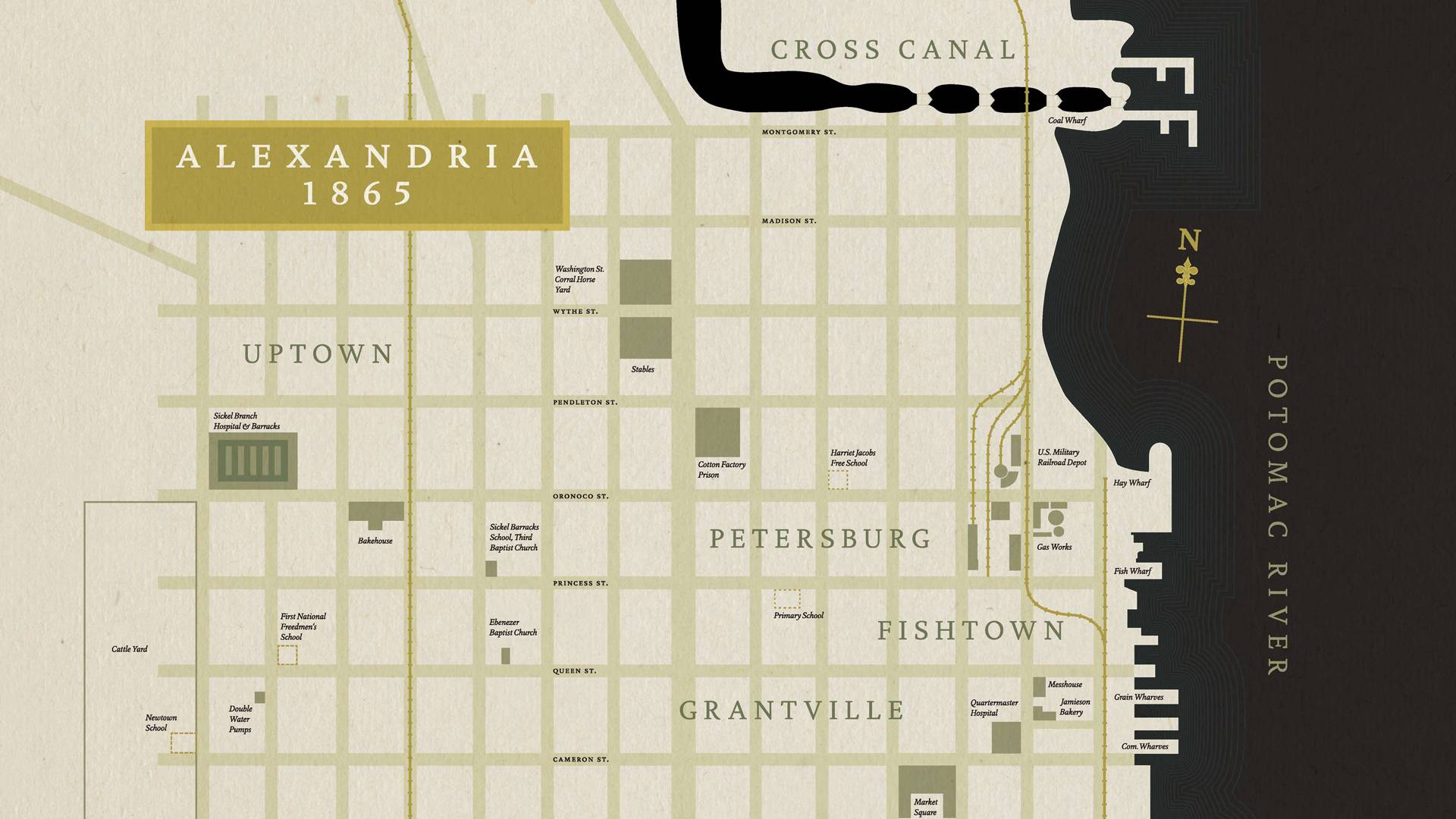 This fact sheet and glossary, provided by Audrey P. Davis, Director of the Alexandria Black History Museum in Alexandria, Virginia, is meant to point the viewer to important dates and places with emphasis on Alexandria's African American history.

Abolitionist—Activists who worked to secure freedom for enslaved African Americans.

Antebellum—Time period in the South before the Civil War.

Contraband—Enslaved African Americans who fled their owners to find protection and freedom within Union-occupied territory.

Enslaved—African Americans who were considered property and were bought and sold at will. They were not considered citizens.

Free Black—African American who was either born free or formally emancipated.

Klu Klux Klan—White supremacist organization which employs scare tactics and violence to promote their cause. Known for their distinctive white costumes of long tunics and tall pointed hats with attached masks.

Mercy Street—Fictional slang name for the street that brings the wounded from the waterfront to the Mansion House Hospital.

USCT—United States Colored Troops. African American men were allowed to serve in the military after the Emancipation Proclamation.

Selected Churches in Alexandria During the Civil War:

- September 1863, The Primary School for Contrabands.

A.B. Davis was a contraband who lived at the former slave pen at 1315 Duke Street. When enslaved, she had received some educational training. Newtown School offered day and evening classes, part paid, part free.

- Circa 1864, Jacobs Free School founded by Harriet and Louisa Jacobs. School was built with $200 raised by a group of Contrabands and the New England Freedman’s Society.

African American Neighborhoods in Alexandria Present During the Civil War:

- The Bottoms* or The Dip

This complex was located at 1315 Duke Street, the former site of Price, Birch, and Company a prosperous slave dealer in Alexandria between 1859 and 1861. With the Union occupation, the owners fled, and it became a Union prison and temporary housing for contrabands. It was in operation until 1865, and it figures into Mercy Street. 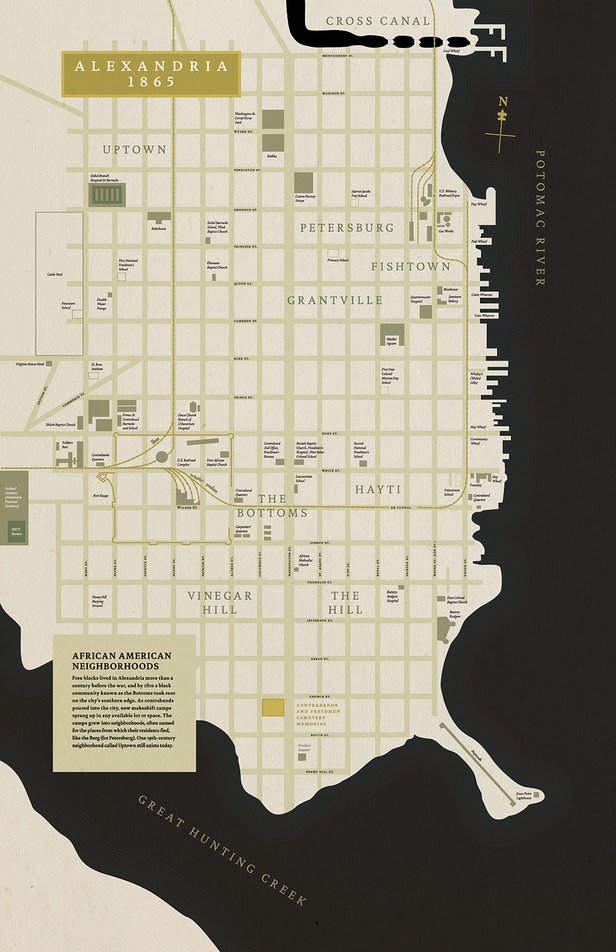 Audrey P. Davis is Director of the Alexandria Black History Museum in Alexandria, Virginia. Davis has worked in museums and historic sites including the Smithsonian Institution, Mount Vernon and Monticello. She is one of the founders and an Advisory Council member of Virginia Africana: The Network of Museum, History and Preservation Professionals. Read Bio