Go Behind the Scenes With Historical Advisor Anya Jabour 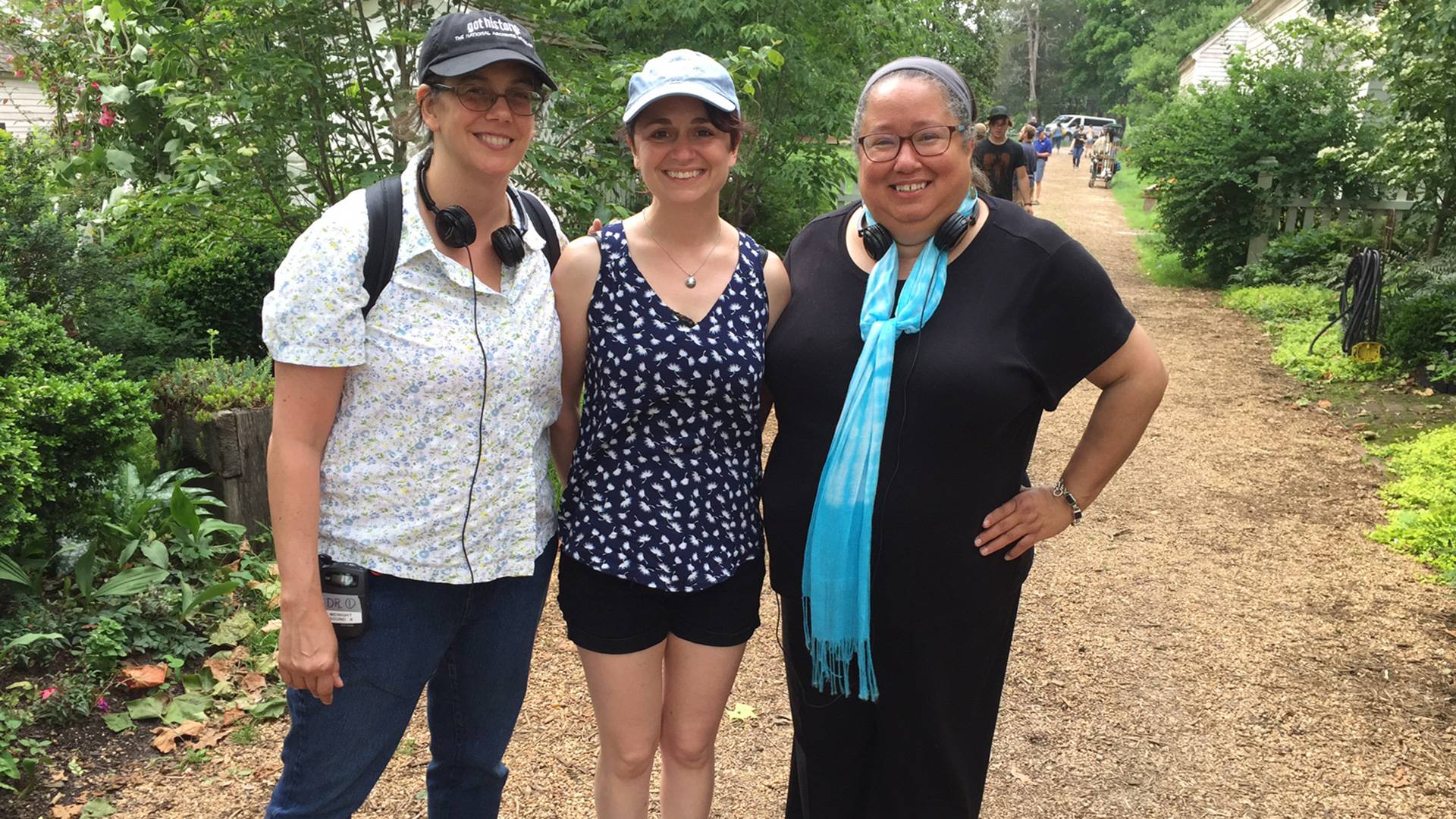 Anya Jabour, Ph.D. is one of Mercy Street's historical advisors and bloggers. In our last behind-the-scenes sneak peek post before Season 2 kicks off, she recounts how she got involved with the series and details her on-set work aiding the actors and producers. She also gives us a sneak peek at what's to come this season. Read all of Anya's blog posts here.

People often ask me how I got involved in Mercy Street.  Especially because I live and work in Montana, working on a show set in Virginia may sound a bit paradoxical at first.  But in fact, working on Mercy Street is a logical extension of my longtime research interests in the history of women, families, and children in the nineteenth-century South. My first book, Marriage in the Early Republic: Elizabeth and William Wirt and the Companionate Ideal, was a study of a Virginia couple; my second book, Scarlett’s Sisters: Young Women in the Old South, examined the coming-of-age experiences of elite white women before and during the Civil War; and my third book, Topsy-Turvy: How The Civil War Turned the World Upside Down for Southern Children, looked at the experiences of both black and white youngsters, from infancy through early adulthood, in the Confederate South.

Although my expertise in the Civil War era matches up well with the themes addressed in Mercy Street, my involvement is entirely due to Lisa Quijano Wolfinger, the co-creator and executive producer.  As a former history major and a documentary maker, Lisa is very committed to historical accuracy, and as part of her background research for the show, she had read Scarlett’s Sisters.  Because I devoted a chapter of Scarlett’s Sisters to adolescent girls in the Civil War era and the Confederate family featured in the show has two teenaged daughters, she asked me to consult on gender roles and generational divides in the Green family. She e-mailed me out of the blue in January 2014, when the show was still in the very early stages of development, and that was the beginning of my career as a historical consultant!

Originally, Lisa asked me to read the initial treatment and then the pilot script “on spec,” as she put it. Once the show was “greenlit,” or approved for production for PBS, I officially came on board as a script reviewer.  In that capacity, I read all the scripts in draft form and offered suggestions on everything from wardrobe to dialogue. If something felt “off,” I would usually offer an alternative; if something felt “on,” I sometimes suggested further development. 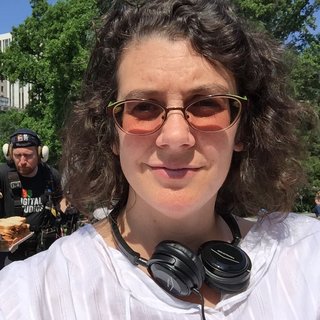 On set I also participated in conference calls from the writing room—this was after David Zabel came on board as lead writer as well as co-executive producer—and answered questions that that the writers and producers had about particular characters or plot lines. For instance, in Season 1, in which Emma Green desires to volunteer at the Union hospital that has been established in her family’s former luxury hotel, we had quite a lot of discussion about just how unconventional it was for an elite white woman to volunteer as a nurse—especially for a Confederate woman to volunteer in a Union hospital—and how that would play out in terms of family discussions.  We talked about what sort of objections her parents would raise, and how she might counter those objections, and that conversation with the writers and the producers informed the final version of the script for the first episode.

Once the show was ready to go into production, Lisa asked me to come to Virginia to serve as an on-set historical consultant. In preparation for filming, I spent a week in Richmond during “pre-production.” During that week, Lisa, director Roxanne Dawson, and I met with the actors to discuss their characters and backstories. In particular, I met with Hannah James, who plays Emma Green, and AnnaSophia Robb, who plays Alice Green, to discuss the changing world of the “southern belle” in the Civil War era.  Both James and Robb also had lots of questions about elite young women’s educations, female friendship, and courtship.  I also met with most of the other principal actors and provided background information about topics like plantation life, family dynamics, and race relations. For instance, I spoke with Donna Murphy, who plays Jane Green, about mother-child relations in slaveholding families, and I discussed the rules of “racial etiquette” with McKinley Belcher, who plays Samuel Diggs.

When filming began, I was responsible for observing the blocking and dress rehearsals and giving notes to the producers, directors, and actors. Just as with the scripts, this involved making suggestions to help the actors be true to the period. Because the scripts were, by this time, pretty well set, this usually involved suggestions about body positioning and physical movement, such as how and where people would sit or stand or pass one another on the street. This was especially important for crowd scenes with lots of background actors.  In Union-occupied Alexandria, where Unionists, Confederates, and “contrabands” all shared the same space, there were lots of opportunities for people of different social backgrounds to interact with one another, and they needed to do so in ways that reflected their relative status and their respective roles as male or female, black or white, old or young, Union or Confederate, and so on. At the same time, however, people in the Civil War era were testing established hierarchies, and they did that by intentionally flouting convention, including refusing to abide by proper etiquette. So I also gave suggestions to the directors and actors about when and how they might engage in this sort of “rule-breaking.” I also did on-the-spot research to answer questions that came up in the course of filming, such as what sorts of fireworks were available in 1862, or what sort of refreshments one might serve at a ball during the war.

I performed many of the same sorts of tasks when it was time to work on Season 2.  Because the second season has some exciting new developments (which I can’t discuss until the show goes back on the air in January), I researched additional topics both during the writing and the filming stages of production. As the episodes air, my blog posts will address those subjects in more detail.  Without risking any “spoilers,” I think I can safely say that there are several aspects of Season 2 that I’m especially excited about. First, viewers will get to learn more about runaway slaves and contraband camps in Season 2, which addresses both the ways in which slavery disrupted family life and the ways in which former slaves reconstituted their families on their own terms in freedom in more detail than in Season 1.  Second, I think viewers will enjoy seeing the character of Alice Green developed more in Season 2, as she follows in her sister Emma Green's footsteps by seeking ways to be useful and to express her political beliefs . . . although she takes a very different path than her sister! Finally, I am very excited about the new character, Charlotte Jenkins, based on fugitive slave and abolitionist author Harriet Jacobs, and her determination to promote both literacy and liberation.

I’ve learned a lot while working on Mercy Street.  Probably the most pleasant surprise was how committed every single member of the production team, the cast, and the crew is to historical authenticity.  Obviously Mercy Street is a work of fiction, so even though it is based on real places, people, and events, the writers use creative license to fill in the gaps in the historical record.  But they do that based on extensive research.  They use primary sources, such as Mary Phinney’s diary, to create the characters depicted in the show; they use historical records, such as archival photographs and period magazines, to design the sets and wardrobe; and they use scholarly publications, which the production team compiled on Google Drive, to determine the plotline. The actors, too, are all very invested in getting things “right.” The production team provides all the principal cast member with thick packets of research material relevant to their particular characters—and the actors read them! One of my biggest thrills when I first arrived on set was to find Hannah James, in costume as Emma Green, reading Scarlett’s Sisters between takes. The crew is equally committed to historical accuracy; I am constantly impressed on set by the careful research that members of the wardrobe, set decorating, props, and hair and makeup teams have done to make sure that every single detail was absolutely correct. To give just one example, for a ladies’ sewing circle scene we filmed for Season 1, the assistant property master, Patrick Storey, asked me to do research in the popular Victorian magazine, Godey’s Ladies Book, to determine what embroidery patterns would be appropriate for 1862. That scene actually ended up being cut from the show, but the care that went into it is representative of how much all the makers of Mercy Street care about being true to history.

I also came to realize that although I never imagined myself being a consultant for a television show, in a way all my work as a researcher and writer had prepared me for this task. I found that I needed to draw not only on my research for Scarlett’s Sisters but to go all the way back to the research for my first book, Marriage in the Early Republic, to answer questions about marital relationships. To provide guidance for scenes involving contrabands, I found the research I did for my most recent book, Topsy-Turvy, absolutely essential. So in a very unexpected way, I found that my entire career to date had prepared me to work on Mercy Street. I am thrilled to continue working on the show and look forward to the premiere of Season 2 on January 22, 2017!