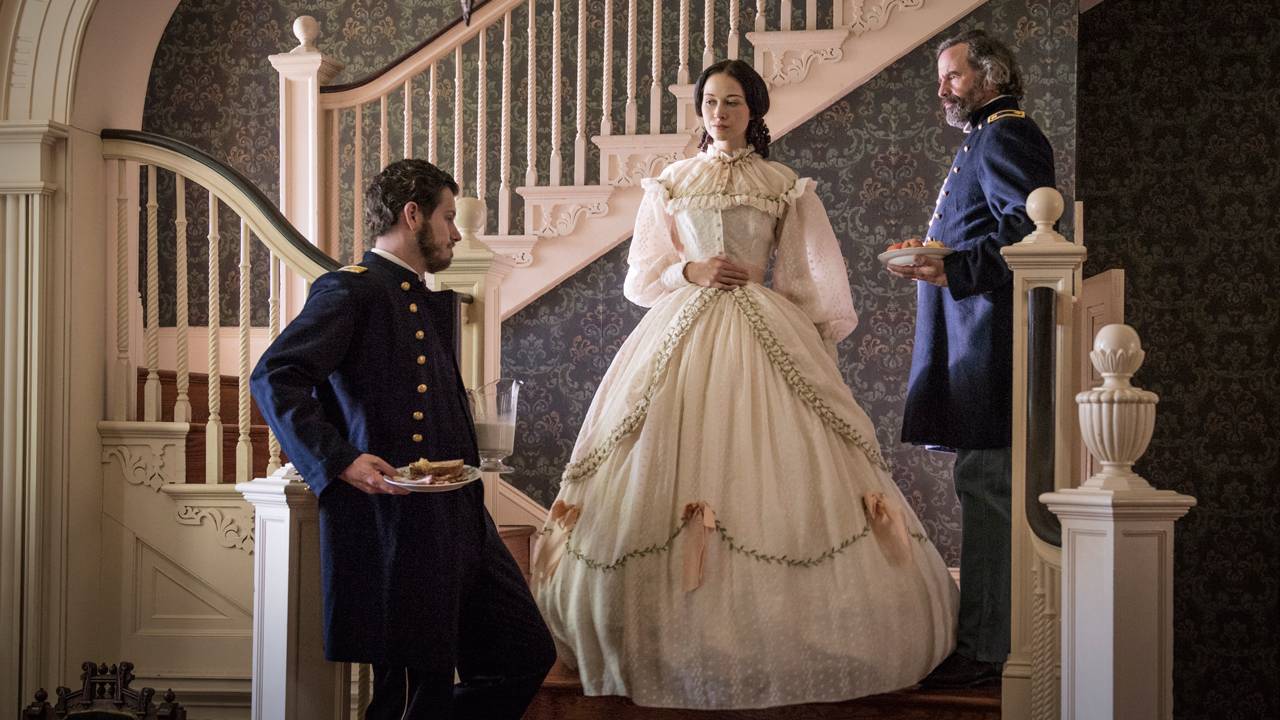 PBS has partnered with Mercy Street's historical consultants and outside experts to bring fans the Mercy Street Revealed blog. 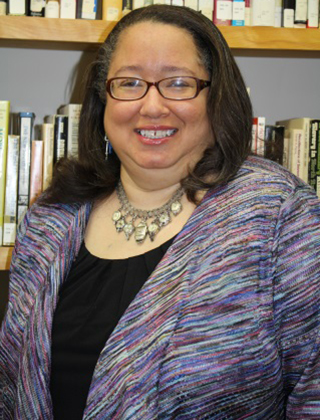 Audrey P. Davis is Director of the Alexandria Black History Museum in Alexandria, Va. Davis is a graduate of the University of Virginia with Bachelor of Arts and Master of Arts degrees in Art History.

Davis is a past President of the Virginia Association of Museums (VAM) and is a past president of the Alexandria Historical Society (AHS). Davis is one of five authors for the book "African Americans of Alexandria, Virginia:  Beacons of Light in the 20th Century" (2013 History Press).

In 2004, Virginia Governor Mark R. Warner appointed Davis to the board of the Virginia Foundation for the Humanities (VFH). In 2007, Virginia Governor Timothy Kaine reappointed her to the VFH Board for a second term. She is one of the founders and an Advisory Council member of Virginia Africana: The Network of Museum, History and Preservation Professionals.

Davis has worked in museums and historic sites including the Smithsonian Institution (Hirshhorn Museum, National Museum of Natural History, National Portrait Gallery and The Experimental Gallery), Mount Vernon and Monticello. In 2007, she lectured at Norwich Cathedral (UK) as part of a forum commemorating the 200th anniversary of Britain’s withdrawal from the Trans-Atlantic Slave Trade. She is also featured on the WETA documentary, "Discovering Alexandria."

Read All Posts by Audrey Davis 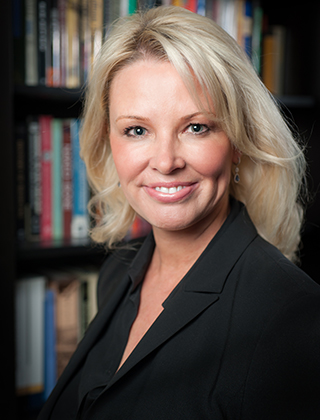 Shauna Devine, Ph.D. is an historian of Civil War and American medicine. She has a Ph.D. in medical history and currently holds a joint appointment as an assistant professor at the Schulich School of Medicine and in the Department of History at Western University. She also sits on the Board of Directors for the National Museum of Civil War Medicine.

“Learning from the Wounded” received a number of awards including the prestigious Tom Watson Brown Book Award from the Society of Civil War Historians and the Watson-Brown Foundation, the Wiley-Silver Prize from the Center for Civil War Research at the University of Mississippi, and the book was named a Choice Outstanding Academic Title of 2015.

She is currently working on a second book length project, which investigates the history of science, medicine, and medical education in the American South during the Civil War and Reconstruction.

Read All Posts by Shauna Devine 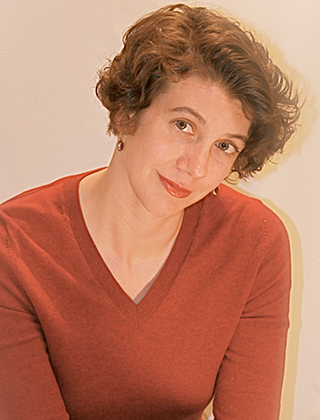 Anya Jabour has been teaching and researching the history of women, families and children in the 19th-century South for more than 20 years. She is Professor of History at the University of Montana, where she is affiliated with Women’s, Gender and Sexuality Studies and African-American Studies and has received several awards for teaching and research.

She is the author of "Marriage in the Early Republic: Elizabeth and William Wirt and the Companionate Ideal," "Scarlett’s Sisters: Young Women in the Old South," and "Topsy-Turvy: How the Civil War Turned the World Upside Down for Southern Children." She received her M.A. and Ph.D. from Rice University and her B.A. from Oberlin College.

She is excited to be sharing her love for the Civil War-era South with PBS. Because the Civil War was a time when gender roles and racial hierarchies were under pressure, she sees Mercy Street as a window into a significant era of American social history. She served as a script reviewer while the series was in pre-production, consulting with the executive producers and screenwriters on women’s experiences, family relationships and race relations in the Civil War era. She also served as an on-set historical consultant during filming, providing notes on subjects ranging from proper etiquette to prostitution.

Read All Posts by Anya Jabour 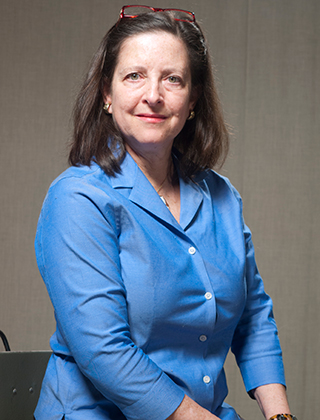 Jane E. Schultz is Professor of English and the Medical Humanities and Director of Literature at Indiana University-Purdue University-Indianapolis. She is co-editor of "Nursing History and Humanities," a book series published by Manchester Univ. Press (UK). "Women at the Front" (University of North Carolina, 2004), a study of gender and relief work in American Civil War military hospitals, was a finalist for the Lincoln Prize in 2005. In 2010 Schultz published "This Birth Place of Souls" (Oxford), an annotated edition of one of the last extant nursing diaries from the Civil War.

Currently she is engaged in two book projects: one on surgical culture in the Civil War ("Lead, Blood, and Ink") and another titled "A Match Made in Hospital," concerning the correspondence of a female hospital worker from Pennsylvania who fell in love with a surgeon in the Army of the Potomac. Schultz graduated with a B.A. from Stanford in 1976 and a Ph.D. in 1988 from the Program in American Culture at the University of Michigan.

“At long last, the public can be witness to the fascinating and sometimes dramatic stories that circulated through the health and hospital quarters of the Civil War. Mercy Street is based on events that hospital workers recorded in their diaries and letters, illuminating the complex negotiations of diverse constituencies that gathered to promote sick and wounded soldiers’ survival. Viewers will unearth in this PBS series the contested ground of scientific advances as well as the deep roots of medical modernization.”

Read All Posts by Jane Schultz 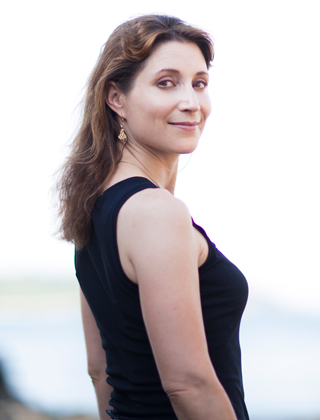 Lisa Quijano Wolfinger has written, produced, directed and supervised a variety of films and television programs. She is the co-creator and executive producer of PBS's Mercy Street. As co-owner of Lone Wolf Media, Lisa is involved in the management of the company, program development and overall supervision of current projects. She has worked in a wide range of genres, including historical drama, high-end documentaries and reality. Notable work includes the critically acclaimed 3-hour docu-drama special for History, "Desperate Crossing, the Untold Story of the Mayflower," nominated for 2 primetime Emmy awards.

Read All Posts by Lisa Wolfinger 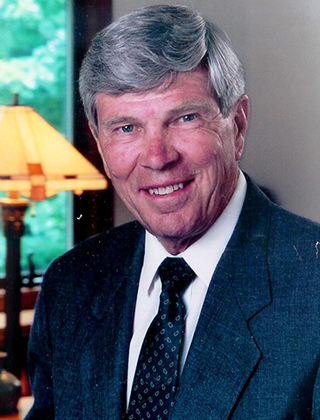 James M. McPherson is a retired professor at Princeton University, where he taught American history for 42 years. He is the author or editor of more than 24 books, mostly on the era of the American Civil War and Reconstruction. His books have won several prizes, including the Pulitzer Prize (1989) for "Battle Cry of Freedom: The Civil War Era," and two Lincoln Prizes (1998 and 2009) for "For Cause and Comrades: Why Men Fought in the Civil War" and "Tried by War: Abraham Lincoln as Commander in Chief." In 2007, he was awarded the first Pritzker Prize for lifetime achievement in military writing. 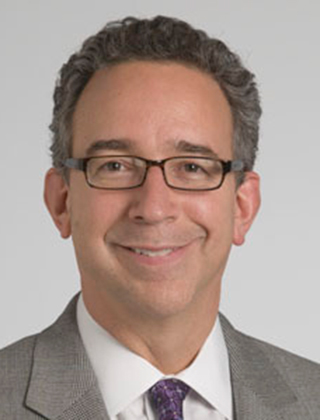 Dr. Anthony Tizzano is on the clinical faculty of obstetrics and gynecology at Case Western Reserve University and Cleveland Clinic’s Lerner College of Medicine. He recently served as medical director at Cleveland Clinic’s Family Health and Surgery Center in Wooster, Ohio. He is the secretary-treasurer of the Cleveland Medical Library Association and Advisor to  ACOG’s Jacobs Library for the History of Obstetrics and Gynecology in America. Dr. Tizzano is director of the Regional Sexual Assault Task Force and serves on the board of Every Women’s House. His clinical interests include contraception,  minimally invasive surgery, menopause, urinary incontinence, and abnormal uterine bleeding.

He is a member of the American Congress of Obstetricians and Gynecologists, American Association of Gynecologic Laparoscopists, Cleveland Ob/Gyn Society, and Cleveland Medical Library Association,.

Dr. Tizzano has lectured widely and authored articles and book chapters on contraception and history of obstetrics and gynecology. An avid collector, he holds one of the most unique private collections of medical artifacts and medical books in the country. His extensive museum, while privately situated, makes a worthy contribution to the study of women’s health history and the history of surgery prior to the aseptic era. 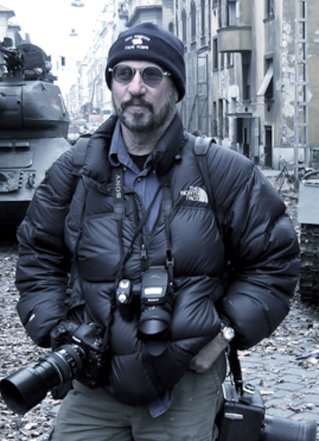 Born directly across the street from The Culver Studios in Los Angeles, Erik seemed destined to work in the motion picture industry. His father worked for Howard Hughes during the Hughes aviation and movie dynasty, but it wasn't until years later, while Erik was completing a degree in photography at a university in Utah, that he would unknowingly enter the world of motion pictures after being chosen to document the first Sundance Film Institute in Utah.

Noticed by some of the top industry people attending at Sundance, Erik spent the next decade as a stills photographer, working for ABC, NBC, CBS, Paramount Pictures, Sony, and Warner Bros.  Shooting over 100 TV movies and series including the Academy Awards, Emmy Awards, the Barbara Walters Specials, and Larry King Live.  Erik’s photographs documented interviews with just about every major celebrity and public figure, at that time, around the globe. Erik has spent the past 20 years shooting another 150+ movies and series for HBO, TNT, ABC, CBS, NBC, FOX, Sony Pictures, The Hallmark Hall of Fame and most recently PBS for Mercy Street Season 2.

Erik hunts strategically for the “money shots” when shooting an assignment. Because of his ability to capture uniquely excellent imagery, and his quiet unassuming manner on set, he is often chosen to cover the most difficult projects and talent. His greatest compliment from actors is usually, “I never even noticed you were there….”

Whether supporting the vision of an experienced filmmaker, capturing an emotional moment of an accomplished actor, or just being in the right place to get a key action sequence, Erik’s ability to consistently produce excellent photography is perhaps unparalleled, and brings the guarantee of exceptional results.

Read all posts by Erik Heinila 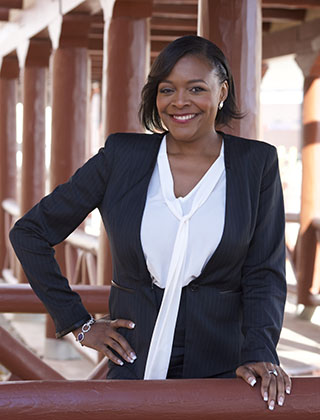 Kenyatta D. Berry is genealogist and lawyer with more than 15 years of experience in genealogical research and writing. She began her genealogical journey while in law school and studying at the State Library of Michigan in Lansing. A native of Detroit, Berry graduated from Bates Academy, Cass Technical High School, Michigan State University and Thomas M. Cooley Law School. She has deep roots in Detroit, her ancestors have lived in Detroit since the 1920’s.

A frequent lecturer and writer, she focuses on African American, Slave Ancestral Research and DNA. Berry has been featured in Real Simple, Jet, Wall Street Journal, Orange County Register, Sacramento Bee, Wave Newspaper and other publications. She has been a guest on numerous radio programs including MakeItPlain #WomensWednesday on SiriusXM Radio.

On March 11, 2016, Kenyatta received a California Legislature Assemblyman Resolution from the Honorable Jim Cooper on the floor of the State Capitol where he declared March 11th, Kenyatta D. Berry day. The Resolution recognized her work in the genealogy industry and on Genealogy Roadshow. She also received a Resolution from the City of Sacramento on March 12, 2016, recognizing her work in Slave Ancestral Research and on Genealogy Roadshow.