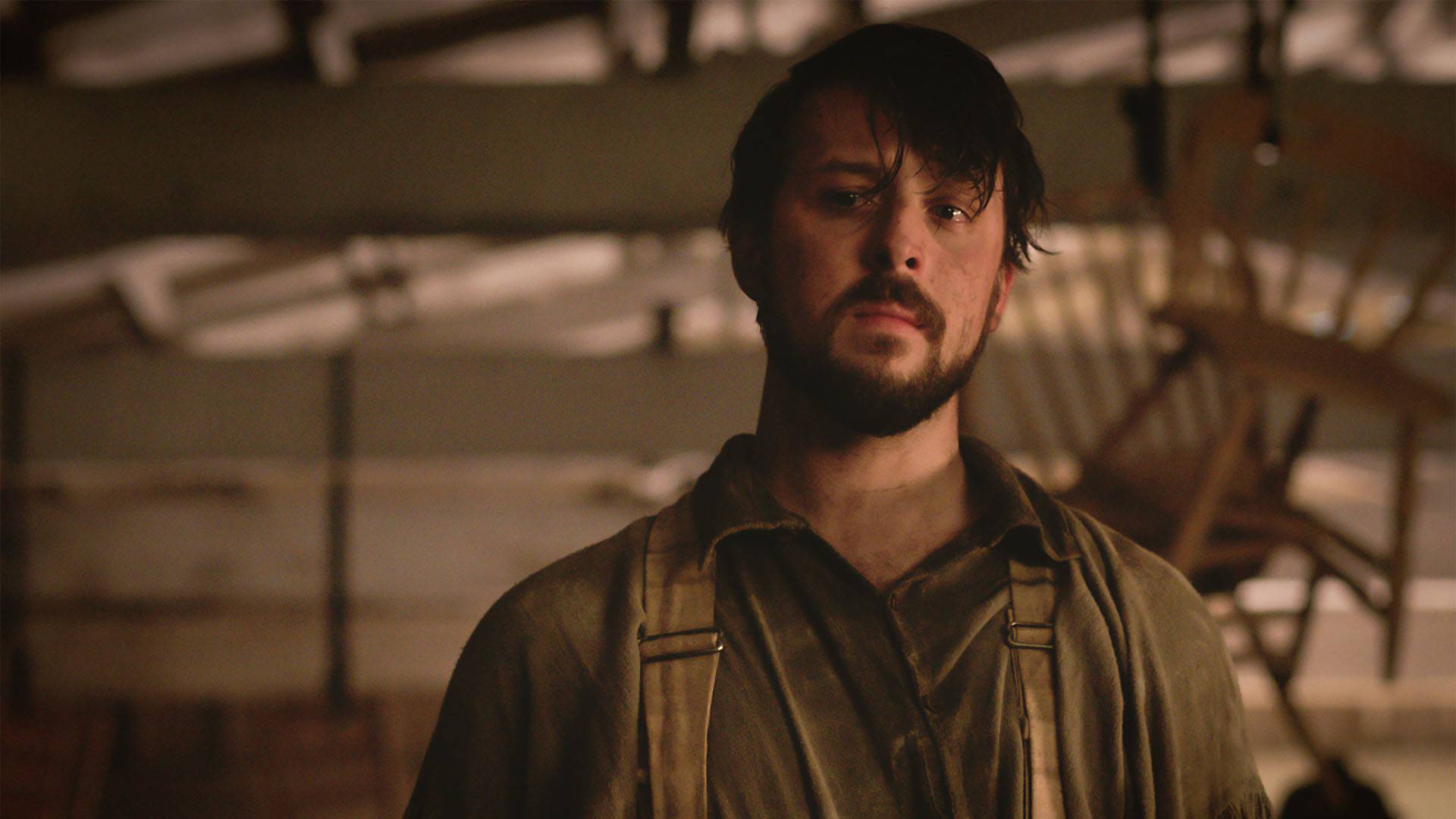 Grab a box of tissues and find a shoulder to cry on because this week’s episode of Mercy Street, One Equal Temper, brought all. the. feels. If you thought it was difficult watching Nurse Phinney cope with her illness, and even worse seeing Dr. Foster’s reaction to potentially losing the woman he loves, you’re in for a wild ride. Luckily, no one dies this time around (still, RIP, Captain Van Der Berg), but poetry is recited and each person tears up at least once. Prepare yourself.

As we saw last week, Alice Green’s plans derailed and she quickly discovered the importance of closing the door when going through someone’s belongings. Her unsubtle snooping led to the death of Captain Van Der Berg and this episode we witness the Green family band together to conceal the murder. James Sr. and Jimmy bury the Union Captain under their family’s furniture warehouse — because what are the odds of someone checking there? — and James Sr. reminisces on Jimmy’s childhood when they actually liked each other. Jimmy is a man now, but is James Sr. proud of him yet?

2. One Patient Learns Not to Cross Charlotte Jenkins

Back at Mansion House Hospital where things are equally chaotic but perfectly legal, the staff is forced to deal with an unruly patient, Mutt Murphy. Having contracted smallpox, Mutt must be quarantined at the contraband camp with other sick patients and makes flagrant remarks upon learning this news. However, like the independent, empowered woman she is, Charlotte Jenkins steps in and lays down the law because she’s not about to put up with that nonsense.

Inside Mansion House, Mary causes a bit of a ruckus herself. Feverish, she begins to have visions of her deceased father and hears his voice reciting lines of poetry. Hysterical from these hallucinations, she chases after her father throughout the hospital where she meets a sympathetic Lisette Beaufort, a French illustrator of anatomy who has recently arrived at the hospital. Lisette steps in to resolve the problem, calming Mary so that she’ll go back to her room. (Kudos to all the women this episode.)

4. Frank and Alice Seek Shelter at the Quaker House

Meanwhile, after successfully passing through a Union checkpoint, Frank and Alice make their way to a safe house where a Quaker family resides, willing to help soldiers on both sides of the war. Though the husband, Solomon, is initially skeptical he allows Frank and Alice to take refuge among them. After all, you can always trust strangers. Oh wait.

5. Dr. Samuel Diggs to the Rescue

After a confrontation between Mutt and another patient breaks out at the quarantine tent, Mutt finds himself in a bit of a pickle when he falls over during the fight and is impaled through the leg. Really. It’s just as horrendous as you’d imagine and probably a message to Mutt from some higher power. Jumping into action, Samuel cauterizes Mutt’s wound with a hot poker (ouch) and coal (double ouch). Arriving at the last minute, Dr. Hale is surprised by Samuel’s medical prowess. With his medical exam looming over him, Hale later asks Samuel to tutor him, much to Samuel's astonishment.

When Alice and Frank prepare to depart from the Quaker house, Frank contemplates killing the family after realizing Solomon possesses a wanted poster of him. Before Frank returns to the house, Alice pleads with him not to harm the family (probably because she’s feeling a little bit guilty about that one guy she killed, you know). Luckily, Frank just returns the gun he stole from their house and they leave for their new destination.

Throughout the episode, Nurse Hastings and Dr. Foster make their rounds at a camp to tend to wounded soldiers. Little does Jed know, Major McBurney has been scheming and plans to remove Mary from the hospital while Jed’s gone. However, during Anne and Jed’s trip, Anne confesses that she once fell in love with a patient she had cared for in the Crimea and was devastated when he was killed just weeks later. Showing her softer side, Anne wants to spare Jed from experiencing similar devastation with Mary, so she reveals McBurney’s plot.

At Carlyle House, Pinkerton — yes, that Pinkerton — makes a surprise visit as he continues his investigation into Silas Bullen’s attack and the attempted assassination on President Lincoln. While he’s searching for information, he discovers a letter allegedly from Captain Van Der Berg revealing that he wanted to desert the war. But oops, Alice leaves her ink and pen out on her wardrobe revealing the theme of this week’s episode: Everyone needs to find better hiding places for their secrets.

9. Emma Chooses a Different Side

At Mansion House, tensions arise when Chaplain Hopkins and Reverend Burwell begin to argue after the reverend shames the soldiers around him for their part in the war, claiming that they have sinned and are defying the Bible’s holy word. When Jane Green attacks the chaplain for interrupting the eulogy, Emma steps in to defend him, which receives some backlash from her mother. By the look on her face, Emma too seems to question where her allegiance lies.

On a positive note, Jed manages to catch Mary right before she’s carried aboard a ship to Boston. Though it’s too late to bring her back to the hospital, Jed recites Lord Tennyson’s poem “Ulysses” —  the one she kept hearing her father recite — as they bid each other farewell. Don’t worry, we’re crying too.

Learn more about Season 2: Episode 3 with our exclusive photo gallery.