Posted by Stephen J. Greenberg on 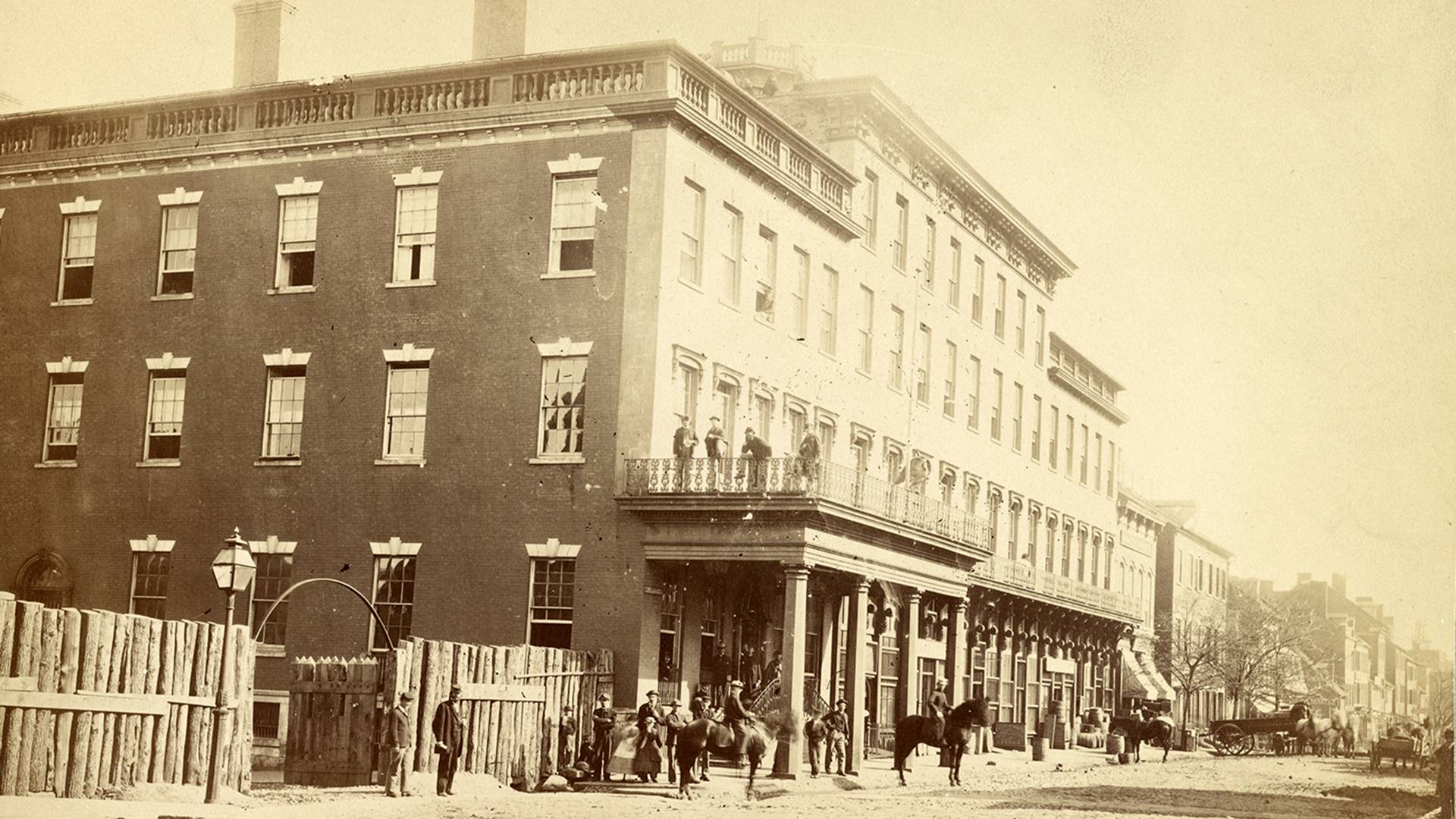 Stephen J. Greenberg, Ph.D., is Head of Rare Books and Early Manuscripts for the History of Medicine Division at the National Library of Medicine.​

In this blog post, Greenberg shares the contents of a real-life patient register from the Mansion House Hospital, found in the collections of the History of Medicine Division at the National Library of Medicine.

This blog post has been reproduced with permission from the U.S. National Library of Medicine's blog, "Circulating Now." See original post here.

Mercy Street, the popular PBS series now entering Season 2, tells the complicated story of a U.S. Army hospital during the American Civil War. The story is told from many points of view: doctors, nurses, soldiers, patients, including such usually under-represented groups as escaped slaves (“contraband,” as they were called) and free blacks from the North. The series tells hard stories: Civil War-era medicine lagged behind (sometimes very far behind) Civil War-era military technology.  The weaponry available caused wounds that doctors had never seen before even in single cases, much less in the thousands and tens of thousands of cases that entered hospital wards. The National Library of Medicine has examined such issues before.

What makes the hospital in Mercy Street so fascinating is its location: Alexandria, Virginia. Although it was one of the last of the southern states to declare secession (April 17, 1861, three days after the fall of Fort Sumter), Virginia was technically in revolt against the Union, and the hospital in Mercy Street was essentially operating in “occupied” territory, with all of the complications that implied. Union troops had seized Alexandria immediately when Virginia seceded, much to the dismay of Confederate sympathizers in the city. Moreover, given its geographical location and its proximity to the great battlefields of the campaigns between the Confederate Army of Northern Virginia and the Union Army of the Potomac (both battles of Bull Run, Chancellorsville, Fredericksburg, the Wilderness, plus an endless array of skirmishes and incidents too small to be given names), the hospital was fated to serve a never-ending stream of sick, wounded, and dying casualties.

The hospital in Mercy Street is based on a real one: the Mansion House Hotel, which was converted to a hospital when fighting broke out. According to a website maintained by the City of Alexandria:

Mansion House Hotel, operated by James Green, was considered one of the premier establishments on the East Coast (also known as Green’s Hotel). In early November 1861, Green received a letter that stated he had three days to vacate the premises. Opened December 1, 1861, as a General Hospital, Mansion House Hospital was subsequently used as the First Division General Hospital, beginning Sept. 20, 1862. It was the largest of the confiscated buildings used as a military hospital in Alexandria, with 500 beds.

A number of the characters in the series are based upon actual individuals with a connection to the hospital. But beyond that, there are extant documents that tell the story of life and death in a Civil War hospital. In the collections of the History of Medicine Division at the National Library of Medicine, for example, is a small square notebook that turns out to be one of the patient registers from the Mansion House Hospital. Hand-written in a grandiose but fading script, it tells, in brief, the stories of the soldiers and civilians who were treated at Mansion House as the war raged on outside. 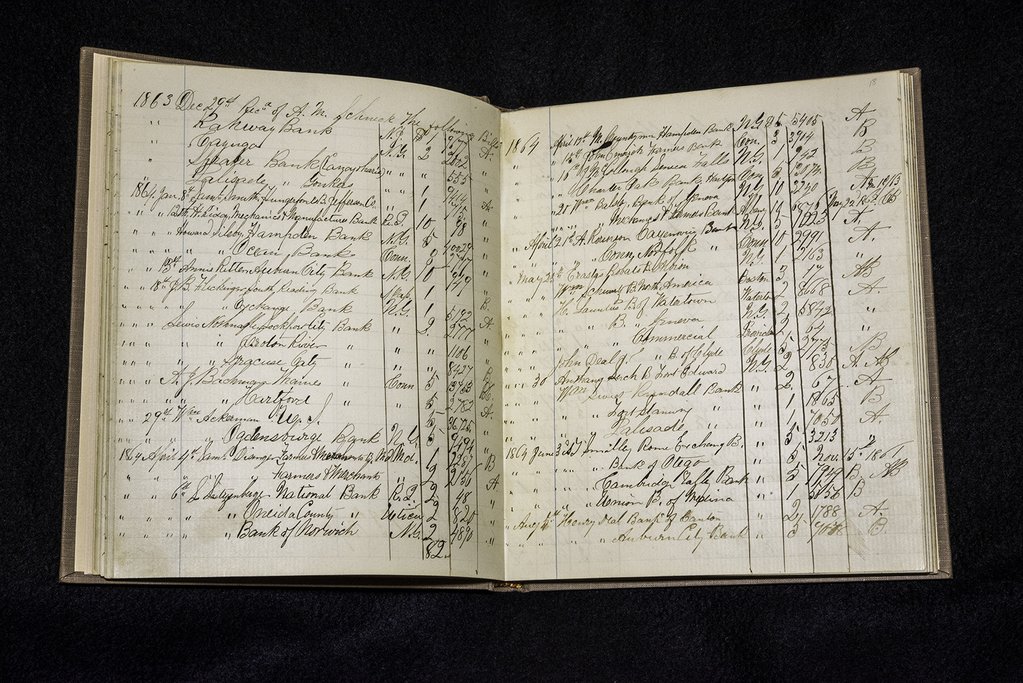 A typical opening in the register. In addition to patient records, the register records miscellaneous other activities at the hospital. National Library of Medicine

These are not modern patient charts; most of the entries are terse in the extreme. Most of the records are kept, ledger-form, in two page spreads neatly divided into fifteen columns. Much of the information is purely bureaucratic: patient number (by ward), bed number, patient name, rank, company and regiment, date admitted, and a very tiny space for diagnosis. Six columns are devoted to outcomes: dated returned to duty, deserted(!), furloughed, transferred, discharged (presumably without return to duty, or date of death). 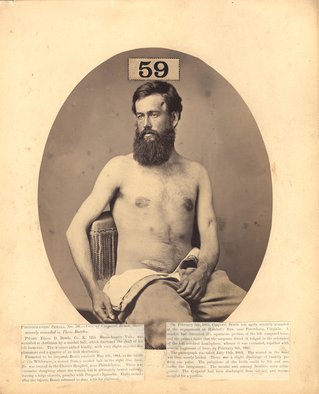 Private Edson Bemis of Company K, 12th Massachusetts VolunteersNational Library of Medicine There are no patients actually listed as deserters; one assumes the category was required by Army regulations.  Interestingly, there are relatively few entries for patients who died at Mansion House.  There could be several reasons for this. Most obviously, Mansion House was no MASH-style field hospital or battlefield dressing station.  It would take time to get patients from a Virginia battleground back to Alexandria, and the most severely wounded were either treated on the spot or died along the way. Those for whom 19th century medicine had no cure might be transferred to another facility or furloughed to die at home.

And so we read that Michael Dugan, Company F, 3rd U.S. Infantry was admitted on September 14, 1862, with a bullet wound to the face. He returned to duty a month later. Alfred Nelson, a new recruit with dysentery, was admitted on October 1, 1862 and returned to duty on October 20.  More sadly, another new recruit named Hugh Smith was admitted on September 27th 1863 and died of “heart disease.” The same day.  We have no other information about Smith: his age, his physical condition, even what state he had called home.

Cases like Nelson and Smith serve to remind us that enemy fire was not the only way to die during the Civil War. In fact, although estimates vary wildly, it is generally accepted that substantially more soldiers, blue and grey, died of disease than on the battlefield. As hard as they tried, hospitals like Mansion House were locked in what they knew to be an impossible struggle. 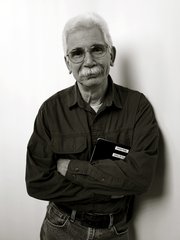 Stephen J. Greenberg, Ph.D., is Head of Rare Books and Early Manuscripts for the History of Medicine Division at the National Library of Medicine.