Military Service and Manhood in the Civil War Era 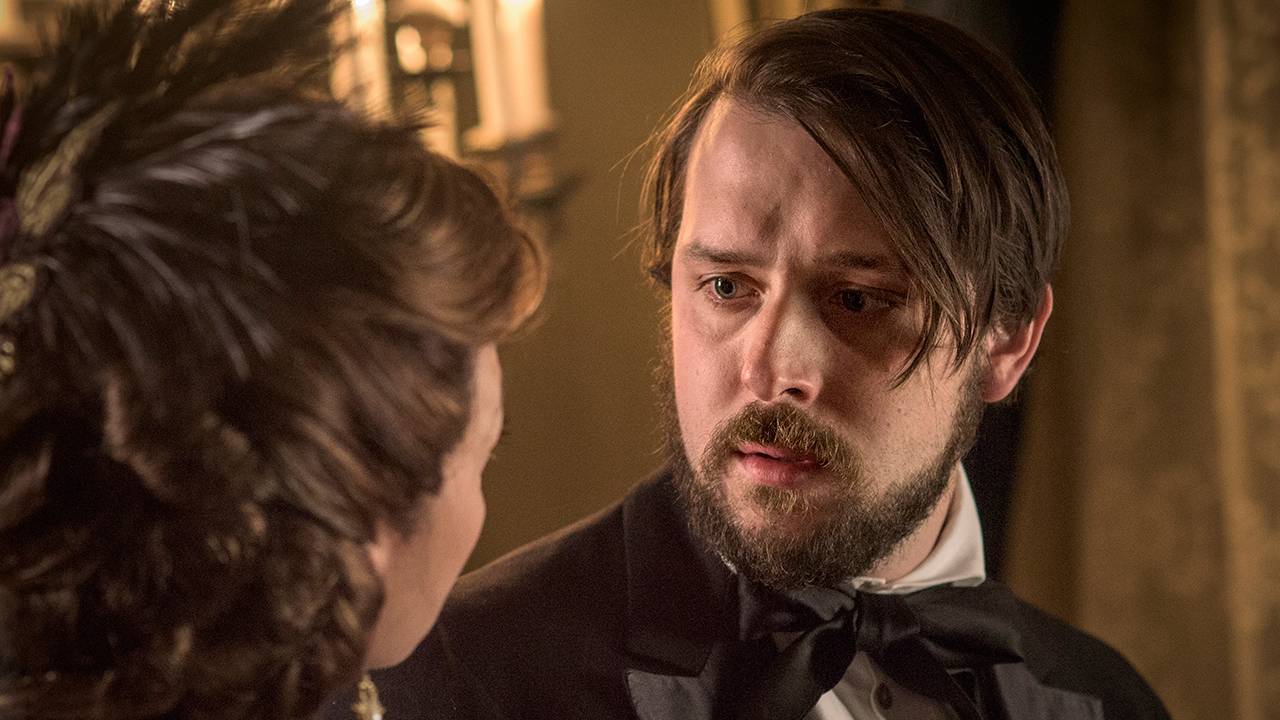 Jimmy Jr. and his mother Jane as seen in Episode 4: The Belle Alliance

Military Service and Manhood in the Civil War Era

Anya Jabour, Ph.D., has been teaching and researching the history of women, families and children in the 19th-century South for more than 20 years. She is Professor of History at the University of Montana, where she is affiliated with Women’s, Gender and Sexuality Studies and African-American Studies and has received several awards for teaching and research.

In this blog post, Jabour reveals how for many young men, joining the Confederate army was an important coming of age ritual, a marker of both manhood and adulthood.

“You forbade me from joining up,” Jimmy Jr. accuses his father. “Now I’m seen as a coward.  An embarrassment. We both are!”  Despite both his father’s protests and his mother’s rebukes, Jimmy Jr. was deeply troubled by his inability to engage in open rebellion against the occupying Union forces.  “It’s unmanly!” he exclaims.  “I can’t bear it!”  For the men in the Green family—as for many others—the Civil War represented a crisis of masculinity.

Like Jimmy Jr., many young white men in the Civil War South equated military service with adult masculinity. Indeed, the Confederate draft literally defined manhood by limiting enlistment to males at least seventeen years old. Many younger boys—like the determined flagbearer depicted in one hospital scene in Mercy Street—also enlisted in the military. As historian Edmund Drago has observed: “In the South underage boys, living in a slave society circumscribed by a code of chivalry and honor, knew instinctively that military service in this war was an opportunity to manhood, freedom, and glory they could not reject.”

In the Civil War South, joining the Confederate army was an important coming of age ritual, a marker of both manhood and adulthood. Universally, young white men in the Confederacy were anxious to don uniforms, drill in the streets, march to war, and claim adult manhood as their birthright. Louisianan Kate Stone’s diary revealed the importance of military service to male youth.  Her brothers—ranging in age from thirteen to twenty-one when the war broke out—were “wild to be off” to the front. Her oldest brother, who enlisted in 1861, was “in extravagant spirits,” while her younger brothers were “disgruntled because they cannot go too.” In particular, Kate noted that her seventeen-year-old brother, Johnny, was “in a dreadful humor. . . . Boys of Johnny’s age,” she observed, “are generally self-willed and disobedient.”

Eager to enlist, many adolescent boys either overcame their parents’ objections or simply ran away from home in order to join the army. Amy Murrell Taylor’s study of “divided families” in the border states suggests a common pattern in which Unionist fathers tried in vain to dampen their Confederate sons’ ardor for secession and war. Civil War diaries and memoirs offer many variations of this generational conflict, even in families—like the Greens—united in Confederate sympathies. Jimmy Jr.’s situation was a common one in the Confederate South.

In fact, one “feeble” young man from South Carolina, Charles Leverett, echoed Jimmy Jr.’s chagrin at his inability to participate in the war.  “If there is anything that galls me it is to be so goodfornothing in such grand times as these,” the twenty-eight-year-old wrote in 1861.  “Everybody is working or fighting or doing something except me!  I feel like Prometheus Vinctus,” he mourned, comparing himself to the Titan of Greek mythology who was chained to a rock to have his organs eaten by eagles.  But like Jimmy Jr., Charles Leverett found that his options were limited by his physical condition; the South Carolinian died later that year.

Enslaved African American youth shared their white counterparts’ enthusiasm for military service.  Indeed, for black adolescents, who were denied the usual routes to manhood such as legal marriage, paid work, and political activity, military service may have been even more important than for white youth.  The Civil War offered young black men an unprecedented opportunity not only to attain freedom, but also to claim the privileged status of male adulthood—a status frequently denied to African American males in the slaveholding South, where black men, regardless of age, were addressed as “boy.”  The patronizing form of address highlighted the many ways in which enslaved males were denied the prerogatives of free men, including the ability to provide for and protect their families.  Not surprisingly, then, African American men and boys eagerly seized upon the opportunity to prove their manhood through military service.

Initially, the Union Army did not accept African Americans into the ranks.  “Why does the Government reject the negro?” demanded escaped slave and abolitionist Frederick Douglass in late 1861.  “Is he not a man? Can he not wield a sword, fire a gun, march and countermarch, and obey orders like any other?” Within a year, however, first the 1862 confiscation act (allowing the president to “employ . . . persons of African descent” in any way he saw fit) and then the preliminary Emancipation Proclamation paved the way for African American enlistment.  Both free black men from the North and enslaved African Americans in the South welcomed the opportunity to fight for their freedom and to demonstrate their manhood.  By the end of the war, approximately 180,000 African Americans served in the U.S. Armed Forces.  Many others—like Samuel Diggs—served the Union cause behind the scenes, in Union hospitals and encampments.

Military service held profound meaning for formerly enslaved men.  “Now we sogers are men—for the first time in our lives,” declared one South Carolina sergeant.  “Now we can look our old masters in de face.  They used to sell and whip us, and we did not dare say one word.  Now we ain’t afraid, if they meet us, to run the bayonet through them.”

As this soldier’s comments suggested, the Civil War offered new opportunities for both African American males and young white men to lay claim to manly authority, but it simultaneously threatened the status of adult white male heads of households.  Like James Green, many “old masters” found themselves besieged on all sides as both occupying Union forces and their members of their own households—both family members and former slaves—challenged the formerly unquestioned authority of southern white patriarchs.

In federally occupied areas like Alexandria, Union soldiers’ actions disrupted family dynamics and subverted the social order by rendering Confederate parents powerless and depriving southern white fathers of their role as the undisputed heads of the family.  As one historian of family life during the Civil War, Edmund Drago, has noted, “families were caught up in the quagmire of a destructive and prolonged war that weakened the patriarchy.”

The Civil War, then, had profound implications for southern men—young and old, black and white. By providing some males with new opportunities to claim independence while preventing others from exercising authority, the Civil War disrupted conventional gender roles at the same time that it affirmed the centrality of gender in nineteenth-century America.

Anya Jabour, M.A., Ph.D., has been teaching and researching the history of women, families, and children in the nineteenth-century South for more than twenty years. She is Professor of History at the University of Montana, where she is affiliated with Women’s, Gender, and Sexuality Studies and African-American Studies and has received several awards for teaching and research. She is excited to be sharing her love for the Civil War-era South with PBS.