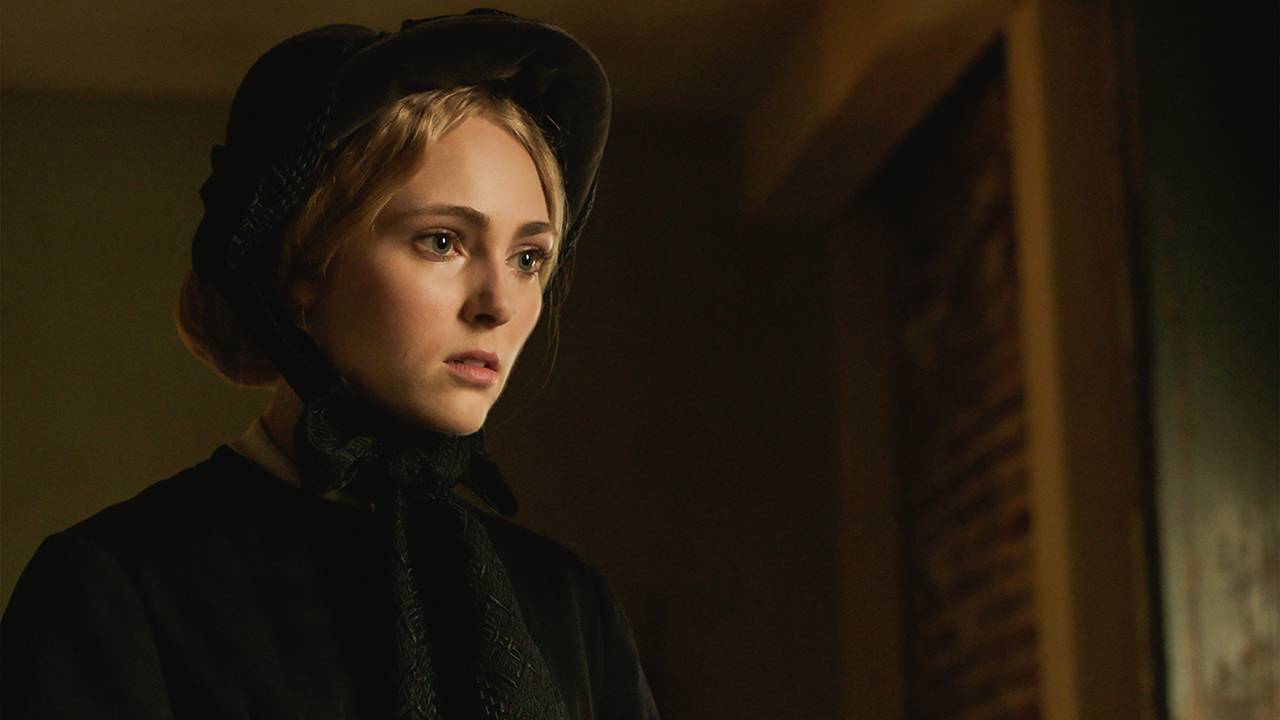 Anya Jabour, Ph.D., is Regents Professor of History at the University of Montana, where she is affiliated with Women’s, Gender and Sexuality Studies and African-American Studies.

In this blog post, Jabour details how southern women frequently served as secret agents in the Civil War, using every means possible to demonstrate their patriotism—whether that meant supporting the Confederacy or remaining loyal to the Union.

When Alice Green is caught rummaging through the desk of Union Captain Lance Van Der Berg while seeking information to share with the pro-Confederate Knights of the Golden Circle, she attempts to deflect suspicion by feigning romantic interest and appealing to gender stereotypes, bluffing, “You can’t blame a girl for being curious.” But as Alice well knew, her actions were motivated by more than curiosity or attraction, and military officials would indeed blame—and punish—her for spying. Mercy Street Episode 202 highlights the perils of prying. Yet despite the danger, southern women frequently served as secret agents in the Civil War, using every means possible to demonstrate their patriotism—whether that meant supporting the Confederacy or remaining loyal to the Union.

Women of all backgrounds and political leanings engaged in espionage during the Civil War, but elite white women in the Union-occupied South found it especially appealing to utilize their ample opportunities to gather information from the occupying army and share it with Confederate officials.  As Alice Green explains to Frank Stringfellow, having a Union “houseguest” created almost irresistible opportunities to gather information about enemy forces.

Moreover, many well-bred women found that their upbringing as southern belles was the perfect preparation for a career as secret agents. Southern ladies-turned-spies cleverly used conventional femininity in the service of the Confederate cause. They gleaned military secrets while entertaining Union soldiers in their homes; they concealed purloined documents in their voluminous hoopskirts and elaborate hairstyles; and they put their skills as accomplished equestriennes to work conveying information across enemy lines in a timely manner.  Like Alice Green, well-to-do white women who had been trained to use their good looks, quick wits, and winning smiles to attract desirable mates found that they could use the same techniques to become effective Confederate spies.

"During the early stages of the rebellion, a member of Southern sympathizers were domiciled in the city of Washington, and among the number were many ladies of refinement and wealth, extremely fascinating in their manners and gifted with great personal beauty.  These ladies thoroughly identified themselves with the cause of the South . . . and were secretly giving information to the enemy."

Among the South’s most infamous spies were teenager Belle Boyd, who provided Confederate General T. J. (“Stonewall”) Jackson with critical information; Washington doyenne Rose O’Neal Greenhow, whose spy work gave the Confederate Army the advantage in the First Battle of Bull Run; and honorary Confederate cavalry member Antonia Ford, who colluded with Confederate guerrilla fighter John Singleton Mosby to capture Union General Edwin H. Stoughton. These women—and many others like them—not only utilized the opportunities afforded them by their social status and societal connections but also displayed considerable ingenuity and bravery in support of the Southern Confederacy.

African American women’s life experiences also served as effective preparation for espionage—for the other side.  Enslaved women honed what one historian terms a "culture of dissemblance": a set of "behavior and attitudes . . . that created the appearance of openness and disclosure but actually shielded the truth of their inner lives and selves from their oppressors."  During the Civil War, black women used their well-developed ability to keep secrets in plain sight to benefit the Union Army and the cause of freedom.

One of the most notorious—if poorly documented—cases of a slave-turned-spy is that of Mary Elizabeth Bowser, who joined the spy ring operated by southern Union supporter Elizabeth Van Lew. During the war, Bowser worked as a domestic servant in the Confederate White House.  Household servants were, of course, ideally positioned to overhear confidential information, since elite whites barely noticed their presence.  Bowser capitalized on her near-invisibility by eavesdropping on Confederate President Jefferson Davis and his visitors, memorizing information about the war effort, and repeating military and diplomatic strategies to Van Lew, who in turn passed useful data on to her Union contacts.

Other black women used household errands as pretexts for transporting sensitive information.  For instance, one unnamed seamstress—who easily gained access to the homes of high-ranking officers on both sides by tending to the fashion needs of their families—hid secret dispatches among her clothing patterns, eventually conveying them to Union General Ulysses S. Grant.

‪While some African American women found that their work as domestic servants made them effective secret agents, former slave Harriet Tubman relied on her experience as a “conductor” on the “Underground Railroad” to operate an espionage operation under the direction of Union Secretary of War Edwin M. Stanton. During the Civil War, Tubman used her intimate knowledge of southern geography and the information carried on the "slave grapevine" to render aid to the Union Army and free hundreds of her enslaved comrades.

Tubman’s most dramatic wartime mission was the Combahee River Raid. Relying on an extensive network of slave spies and scouts willing to trade information for freedom, Tubman gathered valuable information about the likelihood of recruiting fugitive slaves for the Union Army from the vast plantations along the river’s banks as well as the location of underwater mines and the strength of Confederate forces in South Carolina, where the Union Army had encountered repeated failures.Together with Colonel James Montgomery, she then led a force of black soldiers on a successful midnight foray in early June, 1863. According to one account:

"Col Montgomery and his gallant band of 300 black soldiers, under the guidance of a black woman, dashed into the enemy’s country, struck a bold and effective blow, destroying millions of dollars worth of commissary store, cotton, and lordly dwellings, and striking terror into the heart of rebeldom brought off near 800 slaves and thousands of dollars worth of property, without losing a man or receiving a scratch."

Tubman herself described the events of that night:

"We weakened the rebels somewhat on the Combahee River by taking and bringing away seven hundred and fifty six head of their most valuable live stock, known up in your region as ‘contrabands,’ and this, too, without the loss of a single life on our part, though we had good reasons to believe that a number of rebels bit the dust."

Southern women took sides in the Civil War. For some women, this meant becoming spies. While most white spies, like Alice Green, used their training as southern belles to support the Confederacy, many black spies, like Harriet Tubman, found that their experience as slaves gave them both the ability and the motivation to aid the Union.

Anya Jabour, M.A., Ph.D., has been teaching and researching the history of women, families, and children in the nineteenth-century South for more than twenty years. She is Regents Professor of History at the University of Montana, where she is affiliated with Women’s, Gender, and Sexuality Studies and African-American Studies and has received several awards for teaching and research. She is excited to be sharing her love for the Civil War-era South with PBS.