The Bull on Mr. Bullen

Posted by Jane Schultz on 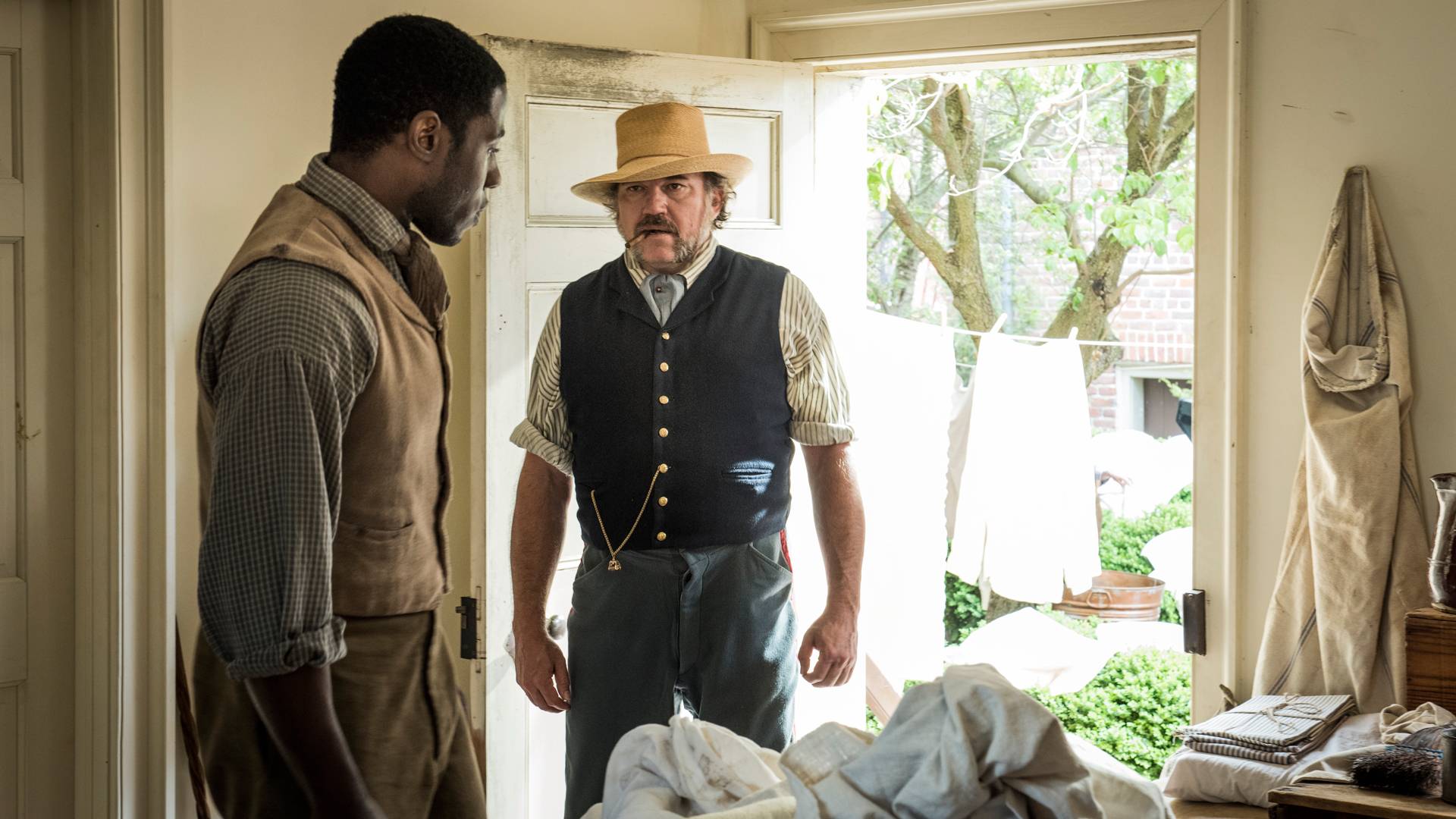 Samuel Diggs and Silas Bullen, as seen in Episode 2

In this blog post, Schultz takes a closer look at Mansion House Hospital steward Silas Bullen and real-life stewards during the Civil War, and also provides context to what women of color experienced in this era.

Episode 2 offers a close look at the underhanded dealings of Silas Bullen, the villainous steward of Mansion House Hospital. Mr. Bullen inhabits a hospital netherworld of graft and assault, and his provisioning operation is suitably situated in the basement of the hospital. In the tense interview he has with Nurse Phinney over proper food for the patients and his brutal rape of Aurelia, who is caught asking him for help to retrieve her young son, we see him as a pivot between women who need things that only he, apparently, can offer. These encounters show the extent to which relief workers in military hospitals faced dangers related to their gender and racial identities.

Not all stewards were evil, of course. But viewers should keep in mind that men who wanted to avoid combat could find shelter in administrative offices that kept them from battlefields. One is reminded of the scene in Robert Zwick’s 1989 film, Glory, the story of the 54th Massachusetts Infantry’s quest for recognition, where Colonel Robert Gould Shaw and several of his African American troops blockade a supply depot and its recalcitrant steward until they can secure the shoes that the regiment has been promised. Hospital nurses frequently complained about stewards. Harriet Eaton of Maine called Alden Litchfield, the quartermaster of the 20th Maine Infantry, “wicked, profane, cruel, and unprincipled” for charging clothing requisitions to dead soldiers whom he had recently “hustled” into the ground and presenting the new duds to his cronies. Matron of Union Hotel Hospital in Washington, Hannah Chandler Ropes, who served as Louisa May Alcott’s supervisor, was determined to put a stop to the steward’s corporal punishment of inmates in the rat-infested hospital cellar. But this “tell-all” scheme only landed her in hotter water with the surgical staff — the people with whom she had to maintain respectful working relations if she wanted patients not to suffer further.

Viewers will find Steward Bullen’s rape of Aurelia disturbing and appalling.This conduct reminds us that regardless of the side they fought on, military men regarded women of color as fair sexual game, assuming a debased “privilege” that many Southern planters, from Mary Boykin Chesnut’s father to U.S. Senator James Henry Hammond of South Carolina, had forced upon vulnerable slaves. New Hampshire nurse Esther Hill Hawks, who studied medicine and became caretaker of African American civilians and combatants in the Sea Islands in 1862, wrote, “No colored woman or girl was safe from the brutal lusts of the soldiers—and by soldiers I mean both officers and men….Mothers were brutally treated for trying to protect their daughters, and there are now several women in our little hospital who have been shot by soldiers for resisting their vile demands.”

Without initially realizing his dishonorable intentions, Aurelia hopes Bullen will help her. She has made the unwitting but all too customary deal with the devil. Bullen not only steals the necklace that Samuel Diggs has given her to show his regard, but Bullen also takes things far more valuable from Aurelia: her peace of mind regarding her bodily safety and her self-respect. Because Nurse Phinney is white and enjoys a higher status at Mansion House, she can challenge Bullen beyond the boundaries of Aurelia’s negotiations. But even she is amazed by the magnitude of his perfidy and the “Keep Out” messages that he and his underlings channel to other hospital denizens. As “Mercy Street” continues, viewers will have many more opportunities to see the grit of women forced to advocate for patients and themselves in a dirty game.