'The Freedmen’s Cause': African American Abolitionists 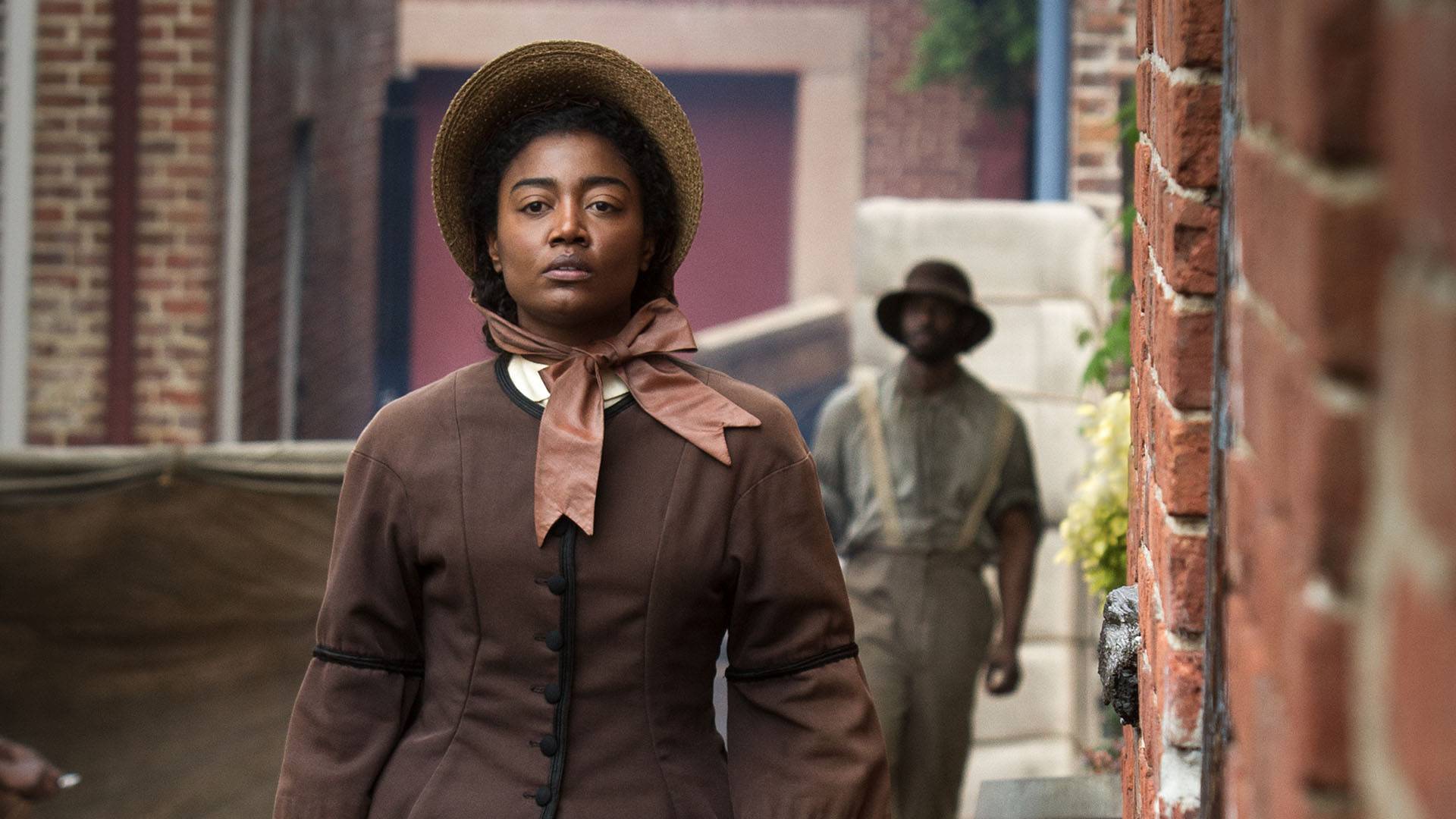 Anya Jabour, Ph.D., has been teaching and researching the history of women, families and children in the 19th-century South for more than 20 years. She is Regents Professor of History at the University of Montana, where she is affiliated with Women’s, Gender and Sexuality Studies and African-American Studies and has received several awards for teaching and research.

In this blog post, Jabour explores the courage and perseverance of Harriet Jacobs, whose real life reflects some of the backstory of Charlotte Jenkins.

'The Freedmen’s Cause': African American Abolitionists 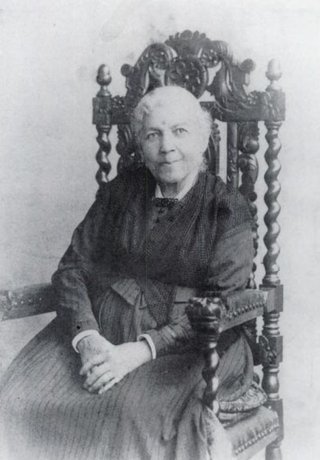 Harriet Jacobs The character of Charlotte Jenkins, an African American abolitionist, is based on a real person, Harriet Jacobs. Jacobs was a remarkable woman. Her life story, contained in her memoirs, "Incidents in the Life of a Slave Girl," surely proves the truth of the adage, “truth is stranger than fiction.”

Born a slave in North Carolina, Jacobs learned to read and write from a kindly mistress. As she related in her memoirs, after her own mother’s death when she was only six years old, Jacobs had regarded her mistress as a second mother.

Tragically, when Jacobs was about twelve years old, her mistress died. Worse still, rather than granting Jacobs her freedom, her dying mistress willed her to another family member. Jacobs reluctantly became a slave in the household of a tyrannical master and a cruel mistress.

When Jacobs entered her teens, she became the target of her master’s sexual harassment and her mistress’s jealous rage. In her memoirs, she sadly recalled her 15th year as “a sad epoch in the life of a slave girl”:

"My master began to whisper foul words in my ear.  ... He peopled my mind with unclean images, such as only a vile monster could think of. I turned from him with disgust and hatred. But he was my master.  ... He told me I was his property; that I must be subject to his will in all things. My soul revolted against the mean tyranny. But where could I turn for protection? ... There is no shadow of law to protect [the slave woman] from insult, from violence, or even from death; all these are inflicted by fiends who bear the shape of men. The mistress, who ought to protect the helpless victim, has no other feelings towards her but those of jealousy and rage."

Prohibited from marrying the free black man she loved and desperate to evade her master’s advances, Jacobs engineered a relationship of convenience with a white man in the hope that he would free any children she bore. When instead she and her two young children were threatened with exile to a plantation farther South, Jacobs spent seven years hiding in an attic before escaping to the North. There, with the help of sympathetic abolitionists, she finally secured freedom for herself and her children. Like the character of Charlotte Jenkins, Jacobs never married. As she concluded her memoirs: “Reader, my story ends with freedom, (not) in the usual way, with marriage.”

In fact, Jacobs’s story did not end there, although her memoirs, published in 1861, did. Instead, during the Civil War, Jacobs returned South to assist her fellow slaves. Working in contraband camps in Washington, D.C., and Alexandria, Virginia, she also publicized the conditions she found there and raised funds for food, clothing, medicine, and schoolbooks for African American refugees from slavery. The letters that she wrote to The Liberator, an abolitionist newspaper, provided inspiration for Mercy Street’s depiction of Charlotte Jenkins and her work in the contraband camp near Mansion House Hospital.

In 1862, Jacobs described the terrible conditions in one contraband camp in Washington, D.C.:

I found men, women and children all huddled together, without any distinction or regard to age or sex. Some of them were in the most pitiable condition. Many were sick with measles, dip[h]theria, scarlet and typhoid fever. Some had a few filthy rags to lie on; others had nothing but the bare floor for a couch.

Amid all this sadness, we sometimes would hear a shout of joy. Some mother had come in, and found her long-lost child; some husband his wife.

Once the immediate physical needs of the contrabands had been met, for Jacobs, as for Charlotte Jenkins, the priority was education:

A word about the schools. It is pleasant to see that eager group of old and young, striving to learn their A, B, C, and Scripture sentences. Their great desire is to learn to read. While in the school-room, I could not but feel how much these young women and children needed female teachers who could do something more than teach them their A, B, C. They need to be taught the right habits of living and the true principles of life.

During the winter months, the small pox carried them off by hundreds; but now it has somewhat abated. At present, we have one hundred and forty patients in the hospital. The misery I have witnessed must be seen to be believed.

By spring, however, Jacobs was happy to inform her readers that with the help of northern abolitionists, “the condition of the poor refugees has improved.”

Many have found employment, and are supporting themselves and their families. It would do your heart good to talk with some of these people. They are quick, intelligent, and full of the spirit of freedom. ... We have a day-school of eighty scholars, and a large number attend our evening school—mostly adults.

While the worst of the smallpox epidemic was over, Jacobs continued to deal with its consequences. She was impressed by former slaves’ willingness to take in orphans, despite their limited resources:

We are now collecting together the orphan children, of whom there are a great number, owing to the many deaths that have occurred of late. In justice to the refugee women, I am bound to testify that I have never known them, in any one instance, [to] refuse to shelter an orphan. In many cases, mothers who have five or six children of their own, without enough to feed and cover them, will readily receive these helpless little ones into their own poor hovels.

In 1865, The Freedmen’s Record published a profile about Harriet Jacobs, describing her as “one of the most zealous and efficient workers in the Freedmen’s cause.” Since going South in 1863, the editor explained, Jacobs had devoted herself to the contrabands:

She has been unwearied in her labors, in providing orphan children with homes, in nursing the sick, in assisting the able-bodied to find work, and in encouraging all in habits of industry and self-reliance.

In presenting the character of Charlotte Jenkins, Mercy Street pays tribute to the courage and perseverance of Harriet Jacobs and others like her who not only fought for their own freedom, but also devoted their lives to helping others achieve the benefits of universal emancipation.

Anya Jabour, M.A., Ph.D., has been teaching and researching the history of women, families, and children in the nineteenth-century South for more than twenty years. She is Regents Professor of History at the University of Montana, where she is affiliated with Women’s, Gender, and Sexuality Studies and African-American Studies and has received several awards for teaching and research. She is excited to be sharing her love for the Civil War-era South with PBS.