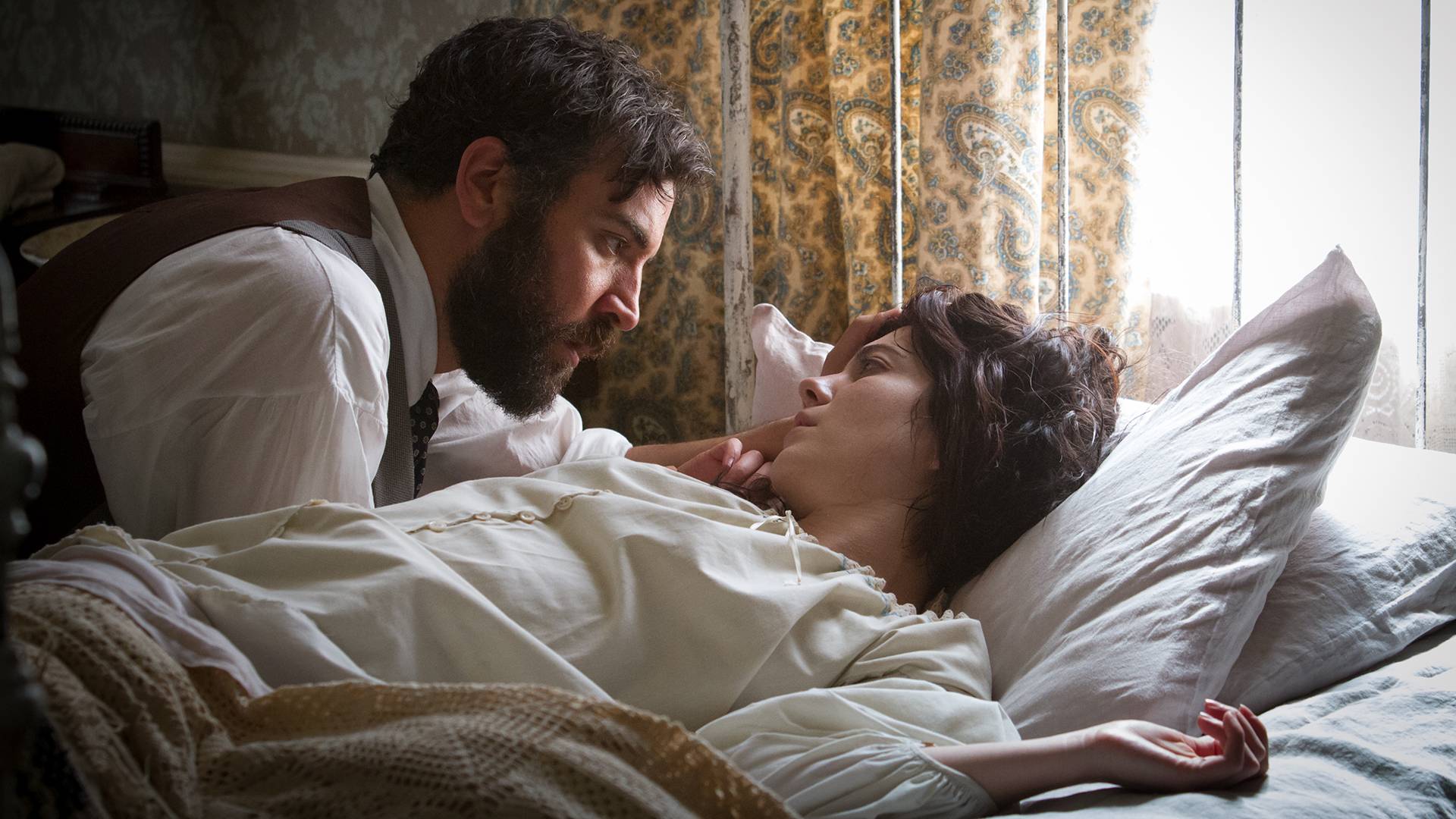 Editor's Note: PBS has partnered with Mercy Street's historical consultants to bring fans the Mercy Street Revealed blog. Shauna Devine, Ph.D., is an assistant professor at the Schulich School of Medicine and the Department of History at Western University.

In this blog post, Devine explains the history of Typhoid treatment around the Civil War era.

We learn at the end of episode one and through episode two that Mary Phinney has contracted the dreaded typhoid fever. Typhoid fever was prevalent during the war and many physicians noted in their casebooks that at one time or another, and within their regiments, that “typhoid fever seems to be the prevailing disease.” An acute intestinal infection caused by the salmonella typhi bacteria and spread by ingesting contaminated food and water or through close contact with someone that was infected, was particularly virulent in the crowded army camps during the first year of the war and throughout the war in the general hospitals.

Patients developed skin lesions called "rose spots," diarrhea or constipation, fatigue, respiratory distress, fever, and general malaise. And while Civil War era physicians increasingly understood that typhoid fever survivors could acquire immunity from subsequent attacks, physicians did not yet understand the “healthy carrier state” (or more likely a temporary convalescent carrier), that is a seemingly healthy individual who could communicate the disease, which then further aided the spread of the disease among susceptible recruits.

Though physicians had made some strides in their investigations into typhoid fever before the war, most notably W.W. Gerhard’s research which detailed the clinical differences between typhus and typhoid fever, a preventative vaccine and diagnostic test for typhoid fever would not be developed until the turn of the century. Throughout the war, physicians at the new Army Medical Museum conducted research projects into typhoid fever hoping to better understand the disease, however, the salmonella typhi bacillus was not identified until 1880. Thus in the 1860s the standard approach was to manage typhoid fever by creating an epidemiological picture of the disease and to study its pathogenesis through the examination of the small intestines at autopsy, which usually displayed the characteristic ulcerations of the Peyer’s Patches. 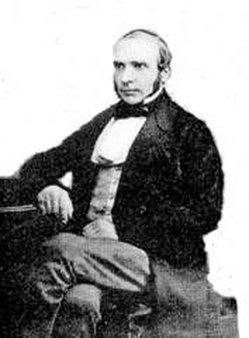 William Budd But was it correct when Emma Green asked Mary if she feared contagion in the hospital? Though prior to the acceptance of the germ theory into practice, it was in fact a plausible question. In the decades before the war typhoid fever was thought to be caused by impure air and poisonous ‘miasmas.’ By the 1860s physicians still did not agree on a separate and distinct cause for the disease. The English physician William Budd published "Typhoid Fever" in 1871 (however a summary of his widely-read papers began in the 1850s) in which he argued that typhoid fever was a specific disease, with a specific cause and was spread via contaminated water. However, his views were only beginning to gain currency among elite physicians during and after the war.

As Civil War physician and sanitarian Elisha Harris noted, “The fact is now well ascertained that this fever is, under certain contingencies, infectious, and communicable through the agency of the bodily excretions of the sick; but the greater truth is, that effete animal and organic matter in a state of putrescence, as in badly policed camps, barracks, and latrines, and especially the mephitic effluvia from sinks, etc., are the most powerful localizing causes of its endemic prevalence.”

Moreover, at that time the noted physician John Simon, like William Budd, was (in the 1850s and 1860s) also researching the origin of contagion, and noted that “while there was little reason to suppose that contagion was frequently ‘spontaneously generated,’ this was not to say that a contagious disease could not arise without contagion; and there were cases, such as the ‘traumatic infections’ in which spontaneous generation of the disease was of very frequent occurrence.”

But nevertheless, for many physicians during the Civil War, typhoid fever was still a ‘miasmatic’ infectious disease transmitted via excremental discharges, contaminated water or food, or by an unknown “poison” in the air. Prior to the incorporation of germ theory research into medical practice, there were many competing ideas about the causes of infectious disease. As one example, many of the war physicians held that the disease was not directly contagious (as in smallpox) but rather infectious, that excretions once outside the human body somehow gained virulence in the soil, air or from other environmental factors thus giving rise to the disease.

However, the idea of disease erupting de novo was still favored by some physicians thus the larger debate during the war years, as in Europe, centered on whether the disease was transmitted person to person (whether directly or indirectly) or whether the disease arose spontaneously.

Thus, with an imperfect understanding of the causes and transmission of typhoid fever, could those afflicted survive? While strides were made during the war, the disease was often fatal, particularly during epidemic outbreaks. Physicians had a variety of treatments for typhoid fever including the administration of turpentine, quinine, brandy and quinine sulphate, or hygienic measures considered by most “by far the more important.” Indeed, since the therapeutic remedies offered little relief to the sufferers, physicians were encouraged by Surgeon General Hammond and other authorities to perfect their strategies of prevention—particularly cleanliness in the camps and hospitals, properly prepared food and well situated latrines.

As Joseph Woodward similarly recommended, “...scrupulous cleanliness must absolutely be enforced. This must apply to the persons and clothing of patients as well as to the beds and bedclothes, the furniture and utensils, the floors and walls of wards, and the passages, grounds and surroundings of the whole establishment. No point requires more care than the removal of the excreta of the sick; urinals, bed pans, and chamber pots should be removed from the ward or tent as soon as used and should under no circumstances be allowed to remain to contaminate the air with unhealthy emanations... .”

Nevertheless, as the war progressed and even as the troops developed immunity to some infectious disease, and cleanliness in camps was more strictly enforced, typhoid fever continued to be particularly fatal for soldiers. This was likely because the men simply became more debilitated through the war, they often suffered from a lack of proper nutrition and as the population in the general hospitals grew, and with little effective therapeutic treatments, by 1864 the fatality rates for typhoid fever was still a staggering 60 percent. 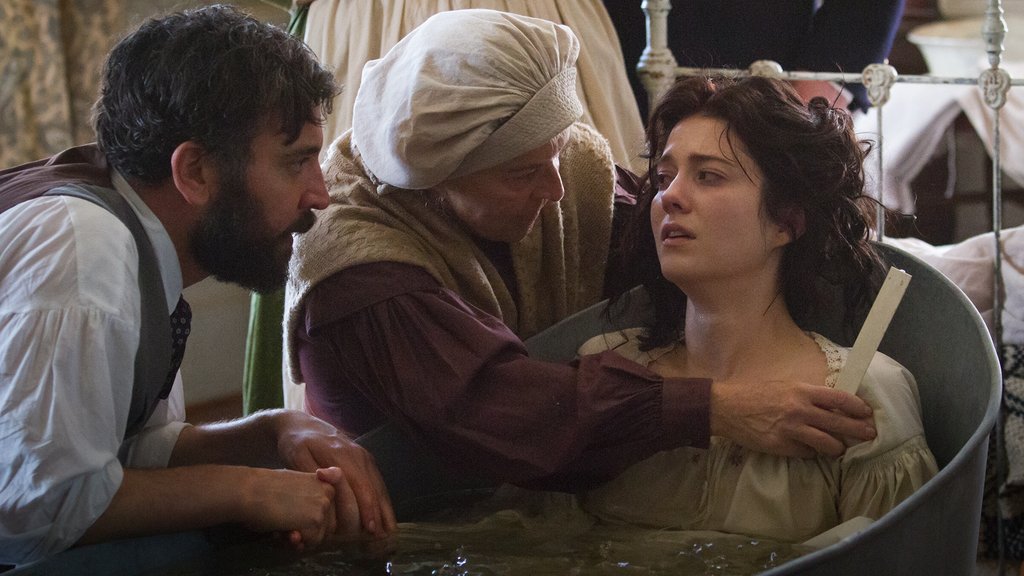 Shauna Devine, Ph.D., is an historian of Civil War and American medicine. She has a Ph.D. in medical history and currently holds a joint appointment as an assistant professor at the Schulich School of Medicine and in the Department of History at Western University. She also sits on the Board of Directors for the National Museum of Civil War Medicine. Read Bio | Read All Posts