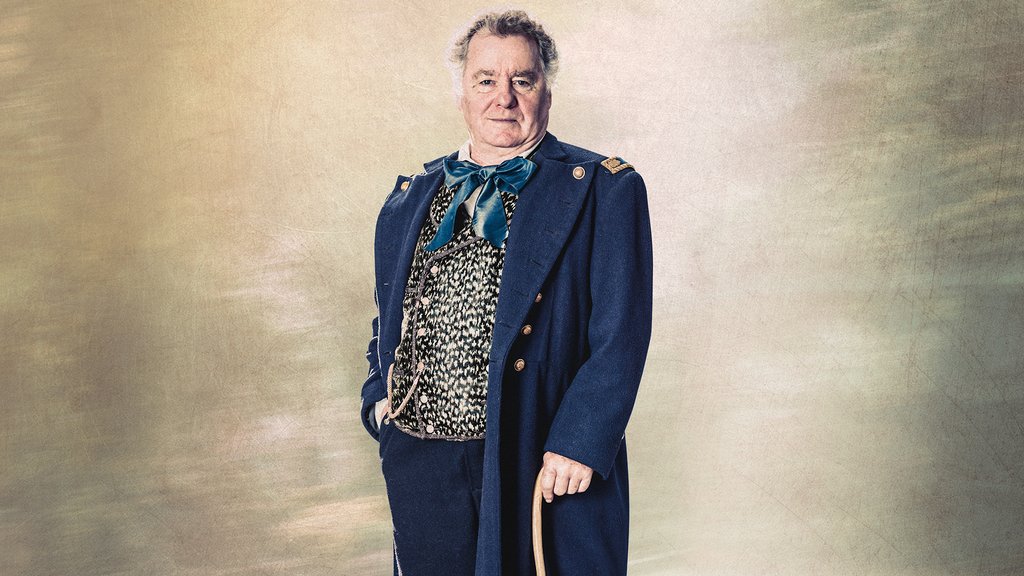 Chief Surgeon Alfred Summers is a career Army surgeon who has risen to the rank of major by virtue of his age, not his skill. He is in no way equipped to run a large organization, and he’s continually cranky at the chaos and inefficiency that surround him. He feels strongly that women should not invade the traditionally all-male preserve of the Army hospital. Summers is an unapologetic misogynist. The only exception to this rule is Anne Hastings, who combines charm with the supposed efficiency of a Florence Nightingale-trained nurse. His one overriding ambition is to leave the mess that is Mansion House behind and secure a cushy desk job in Washington City. The president’s visit gives him the perfect opportunity to impress Lincoln and pursue his dream. Unfortunately the visit does not go as planned.

Peter on Alfred in Season 1:

He's the head surgeon, and in the Civil War, those were mainly the people that ran the hospital. He's in charge. He thinks of himself as being very, very competent, even cutting-edge, but in fact he's rather inept, but with all the best motivations at heart. He's just beset by a number of problems that no sane man could function very well under.

And like most of the surgeons in the beginnings of the Civil War certainly, he kind of resents the presence of women, because he doesn't think they're very well-trained. They're a distraction. They get in the way, and he didn't ask them to come, and he's running the place. So the fact that they are insinuating themselves into his hospital is something that he handles badly.

Peter Gerety has starred on screen and stage for decades. Films include: "Get the Gringo," "Paul Blart: Mall Cop," "Public Enemies," "Flight," "Changeling," "Leatherheads," "Charlie Wilson’s War," "Inside Man," "Things That Hang From Trees," "Syriana," and "War of the Worlds.

Gerety starred in the Broadway productions of "Lucky Guy;" "The Lieutenant of Inishmore," which transferred after a successful run off-Broadway at the Atlantic Theatre Company; "Never Gonna Dance." He worked predominantly on stage for more than 30 years, performing in over 100 productions with the legendary Trinity Repertory of Providence, R.I.( Adrian Hall, director).