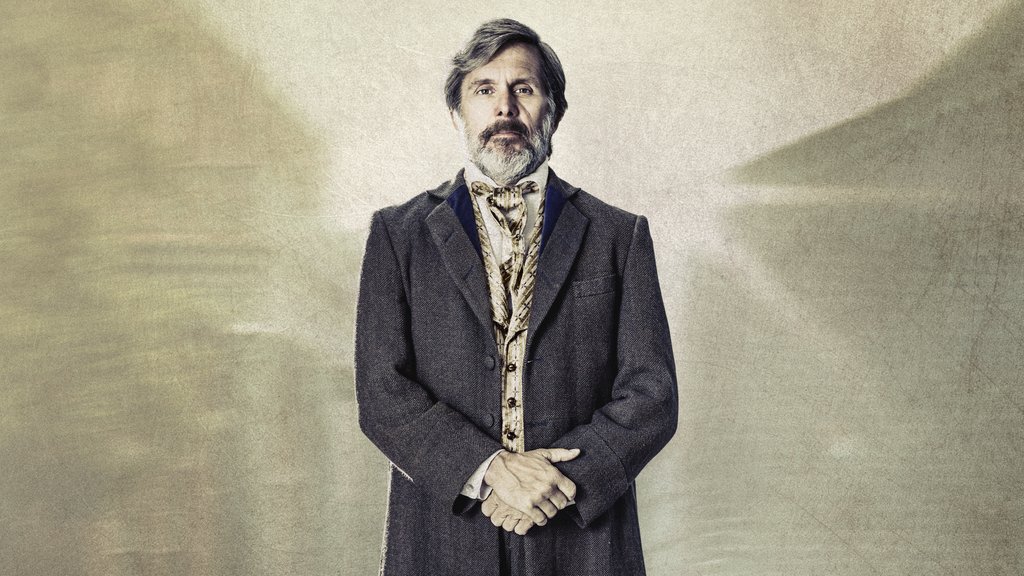 James Green, Sr. is the patriarch of the Green family and keeper of its fortune. He is struggling to navigate the tricky territory of maintaining his family business while living in an occupied city—not to mention keeping the peace in his Southern loyalist household.

In Season 1, his schemes to avoid signing the Oath of Allegiance and provide coffins for the Union army eventually land him in trouble when a new provost marshal comes to town.

At the start of Season 2, James Sr. is in jail and his family is spiraling apart. As the season progresses, James’ travails only intensify. He is forced into various nefarious schemes and cover-ups in an effort to protect his family. He is at constant war with his conscience, and his world is slowly crumbling. Helpless to stop it, he is soon forced to question his own relevance in a universe turned upside down.

Gary on James in Season 1:

If there’s a basis of his character, at least early on, it is to make the best of an undesirable situation. But he starts out with the attitude that there is really nothing he can do about it, that it is out of his hands. And in order to hang on to what he’s got, his first choice is to appease and work with and try to charm, if you will, the enemy while still maintaining some kind of integrity. And as the story goes on, that’s what becomes more difficult for him to do, both for himself and for his family.

His relationship with his son is filled with a lot of tension. His son feels a deep kind of anxiety, regret and even bitterness for not being able to serve in the conflict due to a physical handicap, while James, Sr. is more interested in him staying to help with the businesses. So you have this family in a captured community, and even though they are at the moment allowed to live on the premises, they do so with everyone else sharing it. So he has to spend a lot of his time saying things he doesn’t truly believe in and just kind of capitulating.

Meet the Green Family Meet the Green family, whose luxury hotel in Virginia has been converted to a hospital. Gary on James in Season 2:
In the first season, I think James was really somebody who thought the war would be over very quickly. It didn’t make a big impact on him in that I don’t think he understood what was actually taking place in the country. Now he is coming to believe that in order for anything to stop the momentum of this conflict, it’s going to require a lot from not only him, but everybody in the Confederacy.

James Green is a guy who keeps schmoozing, conniving and trying to make a deal so often that he is not being his authentic self in front of the enemy, the Union. Everything he is doing is, to me, to almost benefit himself more than the cause, though the two are linked. I think he is a good example of what a lot of this show is about, which is how people, and specifically civilians, are forced to behave in ways and are asked to do things and go to levels they would not normally go to in order to save all kinds of things, including their independence. And just to survive. I think this shatters their psyches in a way, and that is the story taking place with the entire Green family.

Gary Cole can be seen on HBO’s Emmy-winning comedy “Veep” opposite Julia Louis-Dreyfus, in which he has received an Emmy nomination. Known for his film roles in cult comedies including "Office Space," "Pineapple Express," "Talladega Nights: The Ballad of Ricky Bobby" and "Dodgeball: A True Underdog Story," Cole is a veteran of both screen and stage. As a Steppenwolf Theater Company ensemble member Cole’s credits include "August: Osage County," "Collected Works of Billy the Kid," "Speed the Plow" and "American Buffalo."Television credits include: "Midnight Caller," "American Gothic," "The West Wing," "Desperate Housewives," "Entourage," "The Good Wife" and "True Blood."