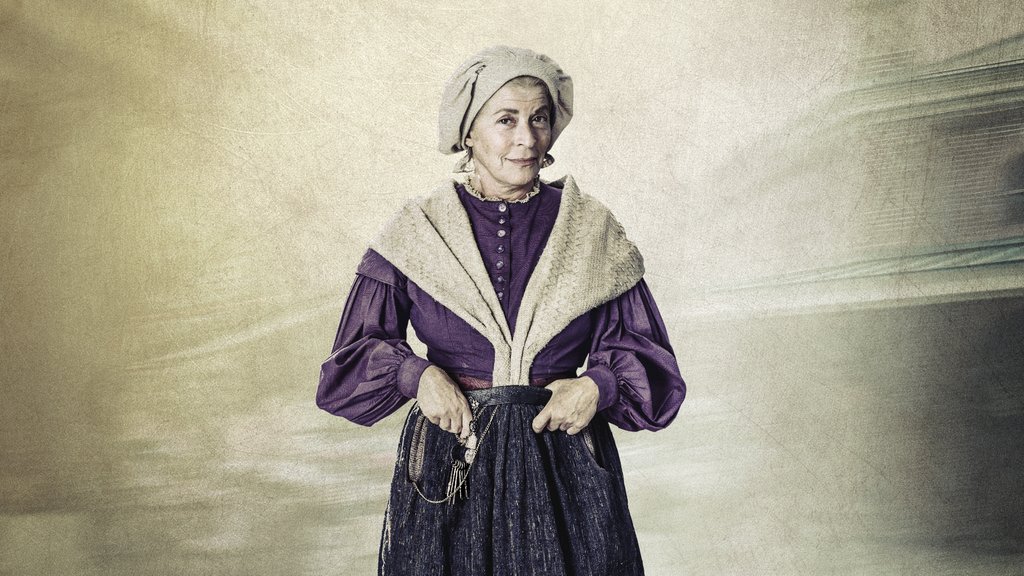 Matron Brannon is the formidable Irishwoman who knows and sees all at the hospital. Her loose job description seems to encompass not only housekeeping, but keeping the staff and volunteers in line. Fearless, resilient, with a keen sense of humor, Brannan speaks her mind. She has even earned the grudging respect of Chief Summers, although he would never admit it. Behind her tough exterior and sharp wit is a secret vulnerability born from a hard-lived life.

Season 2 offers a glimpse into her past and reveals a new softer side to the forceful Mansion House matron. 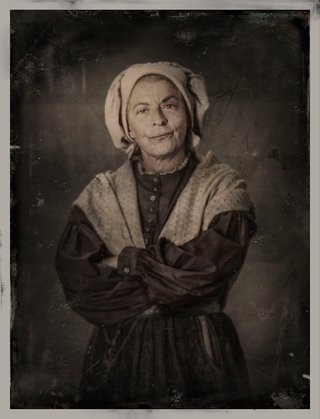 Suzanne on the Matron in Season 1:

I think she suffered quite a lot in her life, and I think she’s tough but has a heart. Yeah. She’s had a tough life, so she’s resilient, a survivor, but she has a good heart. She is on the go all the time. Always up to a zillion different things. There were wounded and dead, and then there’s the politics of the hospital, which she observes. She knows everything that goes on. I wouldn’t say much misses her.

I mean, what Lisa Wolfinger, our executive producer and co-creator, said to me on the first day was that I had lost my husband and sons, and that Dorthea Dix would have placed me here. Now, the Irish were known for their nursing skills, and so I think my story was that my sister had been a nurse in Ireland. Nursing at this time was not formalized and Dix was trying to formalize it. She took pity on me. And I have a job.

Suzanne on the Matron in Season 2:

I love Matron for her endurance, and her honesty. She doesn’t take any crap from anyone, and she has to be pretty self-aware to be perceptive in the way she is perceptive. I also like her dry sense of humor. I think she has had a lot of suffering in her life – Ireland, the famine, coming to America – she is a survivor, and she is tough but with a heart.

Suzanne Bertish has appeared in half a dozen PBS programs. TV and film credits include "The Grid" (TNT), "The Roman Spring of Mrs. Stone" (Showtime), "The Scarlet Pimpernel" (A&E), "The Upside of Anger," "Venice/Venice," "Rome" (HBO), "13th Warrior" and "The Hunger and Hearts Of Fire." Her work with The Royal Shakespeare Company includes "The Life and Adventures of Nicholas Nickleby," "Three Sisters" and "Othello." Work in London includes "Les Liaisons Dangereuses," "An Inspector Calls," "Taking Sides," "Tango at the End of Winter" and "Hamlet." Suzanne teaches and has done numerous audio books and recordings.