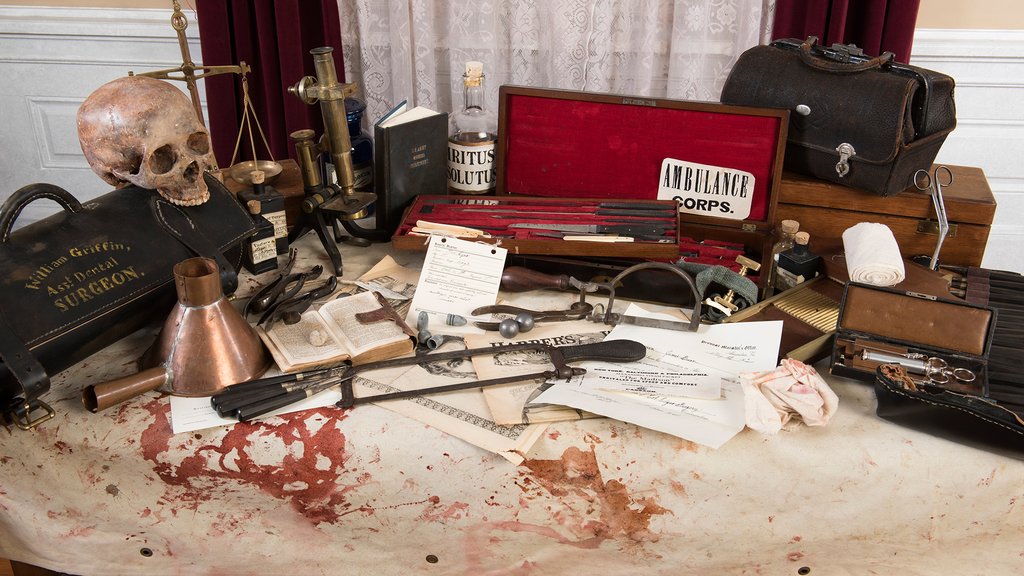 When it comes to working on a Civil War series, it sure helps to be a veteran.

Mercy Street Prop Master Kelly Farrah has been a Civil War re-enactor for more than two decades, traveling the country as a member of Terry’s Texas Rangers and aide-de-camp to a general in the Georgia division of the Army of Tennessee. “Let’s just say, that I’ve had a lot of research time,” said Farrah. 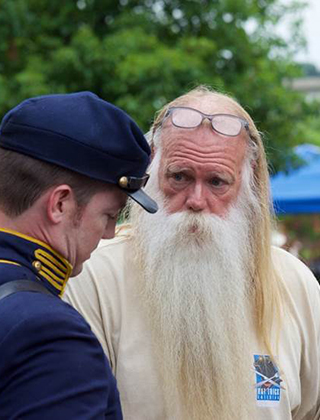 Kelly Farrah Let’s also just say that this experience, plus his work on films like "Gods and Generals" and "Gettysburg," makes him the perfect man for his Mercy Street job. “I’ve got kind of a little warehouse in the Shenandoah Valley full of stuff,” Farrah said.

Other finds were more fortuitous. He walked into an antique store in his home state of Oregon to find the owner putting out a Civil War splint device. “It was just an odd thing. Here was something I had been looking for in books and he just put it out. I think I was just meant to get it. I’d never seen one before, and he didn’t even know what it was!”

Thanks to it being what Farrah called “the most documented war ever,” the Civil War does not provide many challenges that Farrah has never seen before. “Luckily, photography came in right about this time, and there are so many people studying it. And I have been at it for about 50 years, so that always helps.”

Mercy Street, however, was the first time Farrah had worked in the Civil War medical space. “Basically, I just crammed as much as I could, and found out I knew more than I thought I did.” He and his crew were operating in a space where hypodermic needles had just been invented, “probably five years earlier in Scotland,” Farrah said. And where traction, casts and splints were coming into wide use to try to meet the avalanche of never-before-seen battlefield casualties.

And, given those casualties, doctors’ bags had to always be equipped with the proper and most often-used tools. “You open those bags and see a capital saw, which was used for amputations. Everybody is horrified. But they are actually pretty delicate and interesting instruments. They are almost elegant, until you think of what they are used for.”

Of course, there is far more than blood and guts at the heart of Mercy Street. One of Farrah’s favorite scenes involved a delivery from Adams Express Company. “They were bringing a lot of crates and boxes, and we had all of those built. And every product is a Civil War product, with all the proper labels. That was a fun challenge.”

Asked when his next tour of duty with the Terry’s Texas Rangers might be, Farrah laughs. It seems his Confederate tours of duty are a thing of the past. “I still re-enact, but I do pirates now because I’m old and fat.”