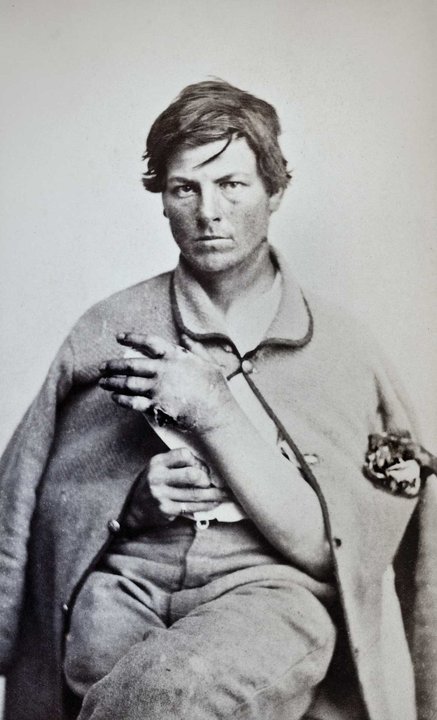 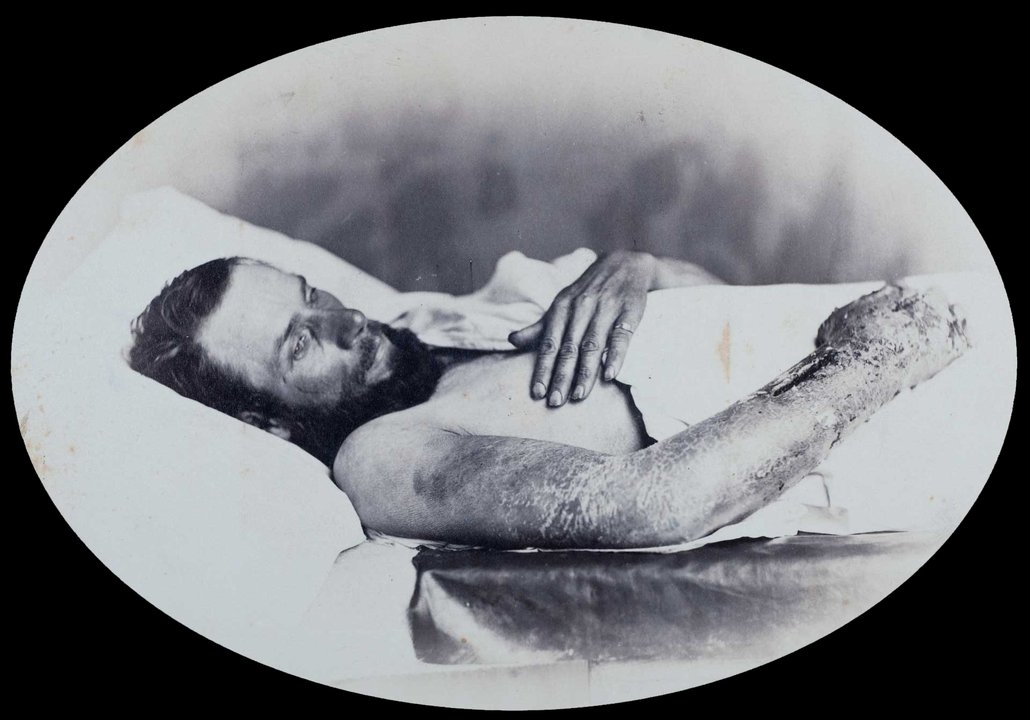 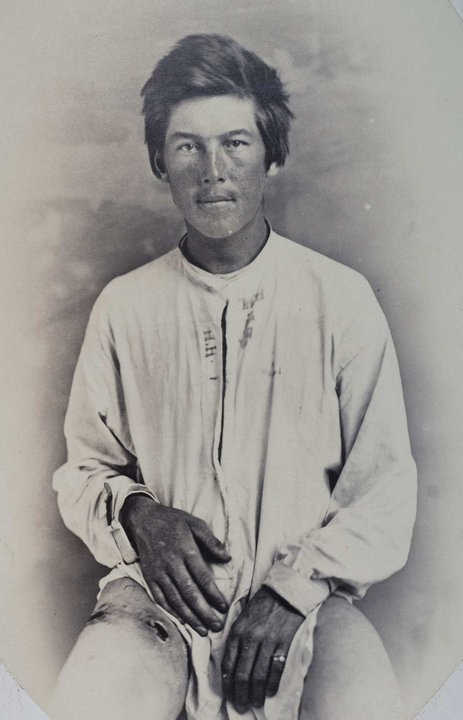 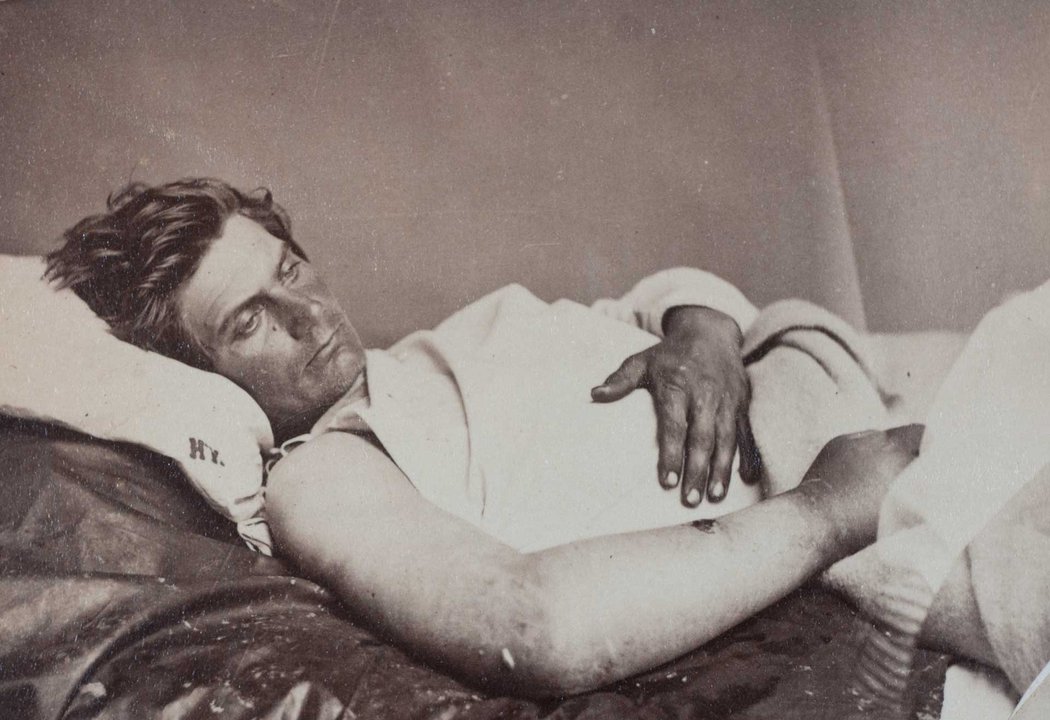 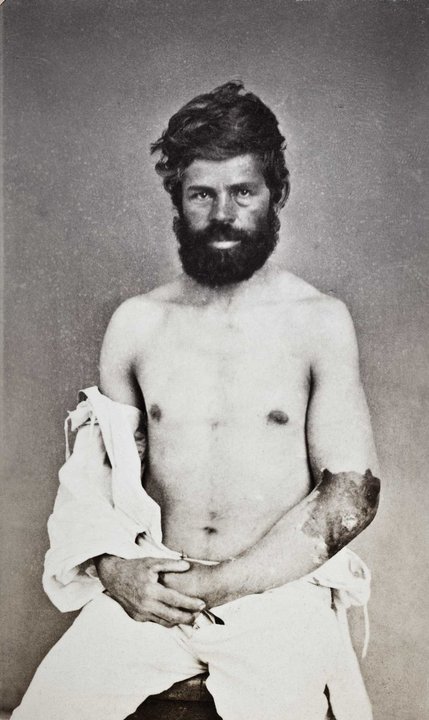 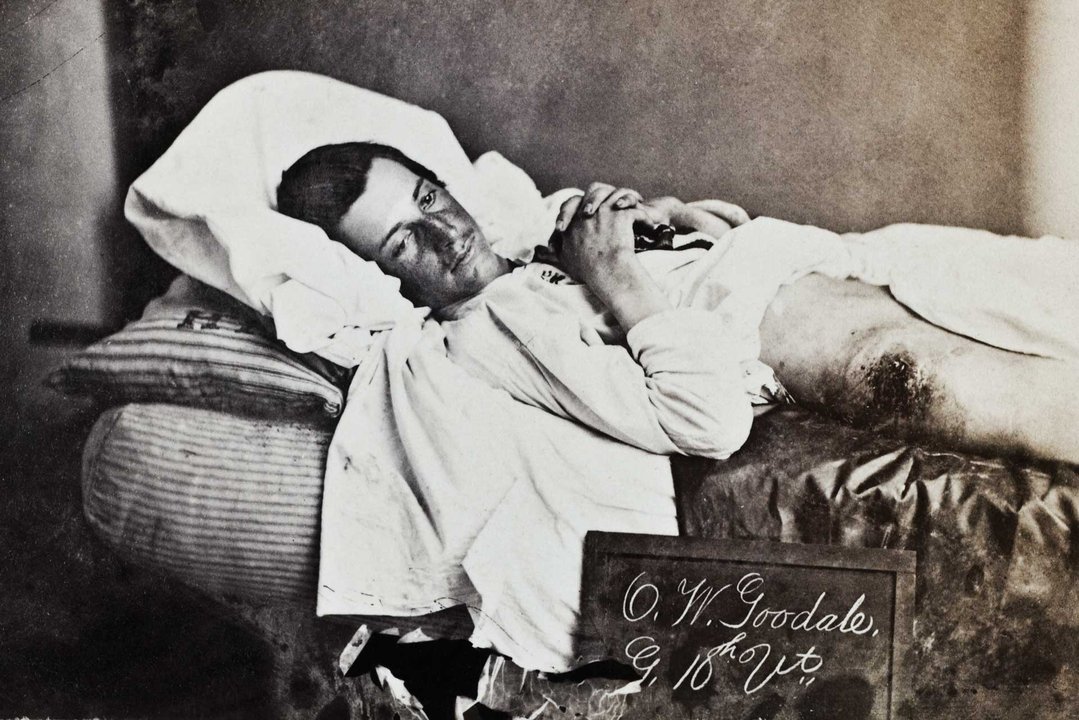 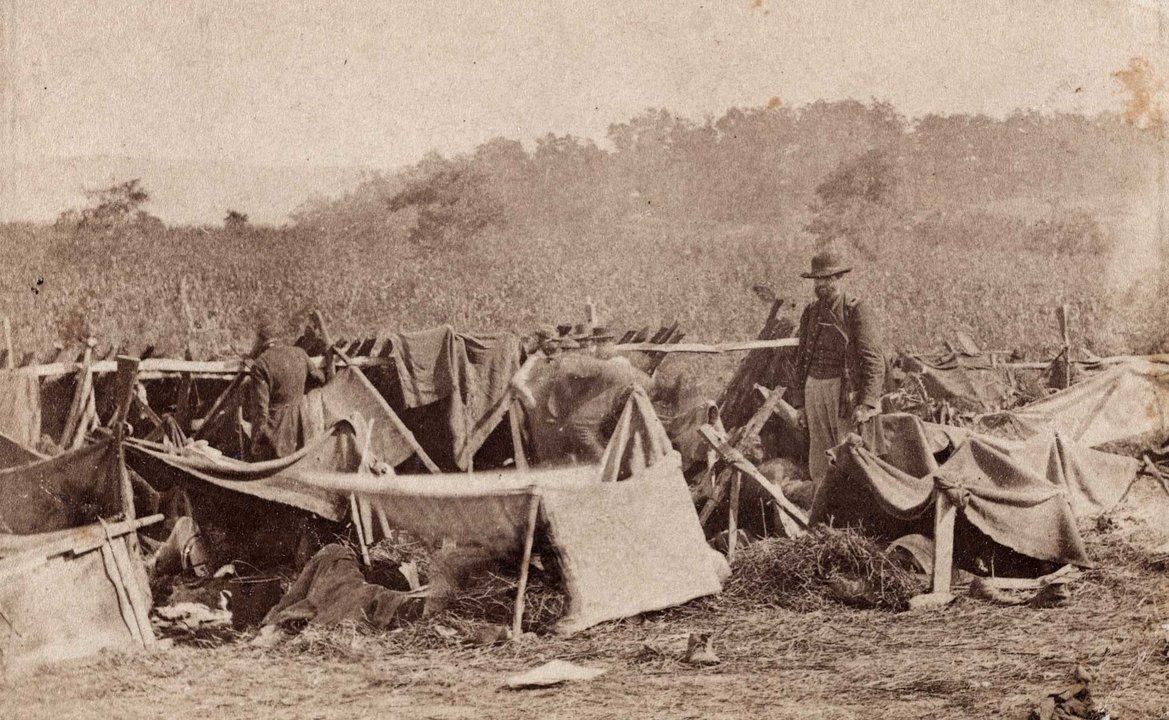 Infection was the curse of the wounded soldier. No matter how slight a wound, once the skin was broken the chances were good that a deadly bacterial infestation would lead to drastic therapies, multiple operations, amputations and frequently death. Hospitals were filled with patients slowly healing over months and then a secondary infection would take hold. These infections were particularly painful and deadly.

What medical science did not know was the cause of these infections or how to adequately prevent or treat them. The Civil War was fought two decades before the germ theory of disease was elucidated and just a few years before Scottish Surgeon Joseph Lister (1827-1912) presented in 1867 his antiseptic principles of surgery and wound care. Prior to Lister’s landmark work all wounds were expected to get infected and the white creamy pus discharge, called ‘laudable pus’ was considered a sign of ‘normal’ healing since ancient times. A secondary infection in the wound created a discolored often blood-tinged watery discharge with a foul smell called ‘malignant pus’. Foreign matter left in a wound created the fertile source for pathogenic bacteria to grow. Adding to the problem surgeons operated with unwashed hands, dirty instruments and dressings and went from infected patient to uninfected patient spreading disease.

There were four deadly wound infections recognized in the war - tetanus, erysipelas, hospital gangrene and pyemia (blood poisoning). These infections were particularly painful and deadly. Tetanus, a nervous system disease caused by the toxins produced by bacterium, resulted in painful muscle spasms, especially in the neck and jaw muscles, hence the familiar name ‘lockjaw’. The spasms could be so severe as to cause the body to distort and bones to break. There were 509 cases in Union troops with an 89% mortality. To treat the symptoms, doctors used morphine injections and anesthetized patients, which provided only temporary reprieve from the pain. Erysipelas was a streptococcal infection of the wound which gradually ate away tissue resulting in a hugely swollen painful, discolored limb. Hospital gangrene was most likely a combination of bacteria, streptococcus and clostridia. The exact cause was never isolated. Tissue would die, blacken and spread quickly, up to half an inch per hour or more making hospital gangrene particularly evident to the patient. Flesh simply melted away, similar to today’s deadly necrotizing fasciitis. The mortality rate was about 46%. As infections destroyed tissue, eroded blood vessels would hemorrhage rapidly killing the patient. Pyemia, a frequent complication of erysipelas and hospital gangrene, was the spread of bacteria by the blood stream throughout the body which resulted in abscesses. Abscesses in the brain and heart killed quickly. The red streaked, swollen infected blood vessels were evident to the patient as the infection spread up a limb. The mortality rate was over 90%.

To stop the spread of infection surgeons began burning the diseased tissue with nitric or carbolic acid and other escharotic agents. One of the great medical therapeutic achievements of the war was the discovery of halogen antiseptic solutions to treat deadly infections. Under surgeon general office directives Union surgeon Middleton Goldsmith (1818-1888) studied the use of bromine and other substances. His 1863 publication, A Report on Hospital Gangrene, Erysipelas and Pyaemia… was issued to surgeons. Treatment with bromine as a volatilized agent, topically and injected into wounds became a standard. Additionally to prevent spread of disease, isolation wards were established. Infected patients were issued their own sponges and dressings, so that they would not be used patient to patient. The contagiousness of the conditions was understood, but the cause was not. The idea that invisible microorganisms were responsible was not easily grasped by many doctors until the mid-1880s. 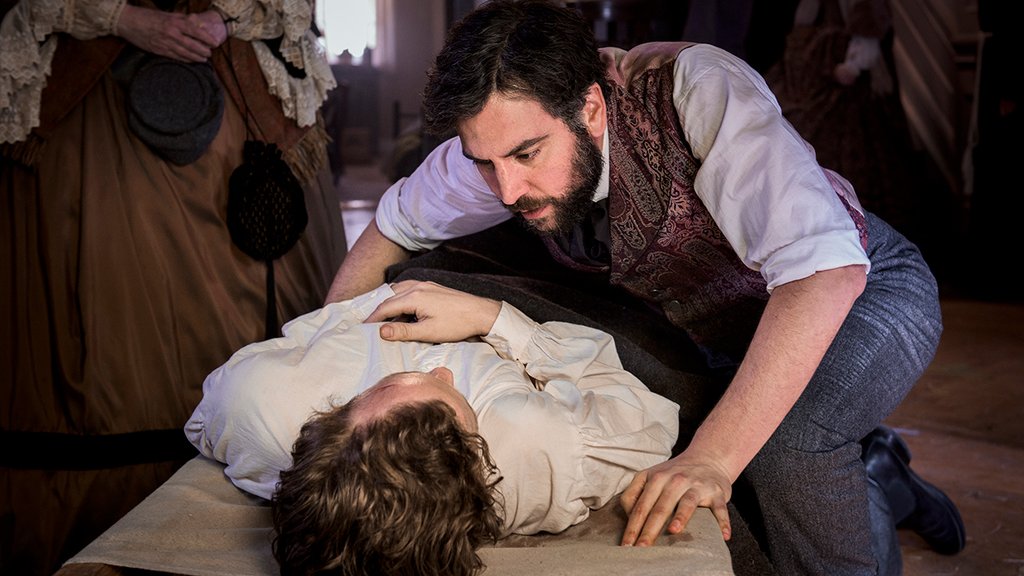 Dr. Foster and his brother, as seen in Episode 3

Physicians at Mercy Street’s Mansion House Union Hospital redress infected wounds, treat abscesses and amputate limbs with dreaded secondary infections. Dr. Foster’s brother, a confederate soldier, has ‘hospital gangrene’, but hopes to avoid amputation. Dr. Foster is faced with a difficult decision. Fearing the contagiousness of ‘hospital gangrene’, Dr. Summers is dismayed when he cuts himself during an operation on a gangrenous arm. Infection is rampant throughout the wards.