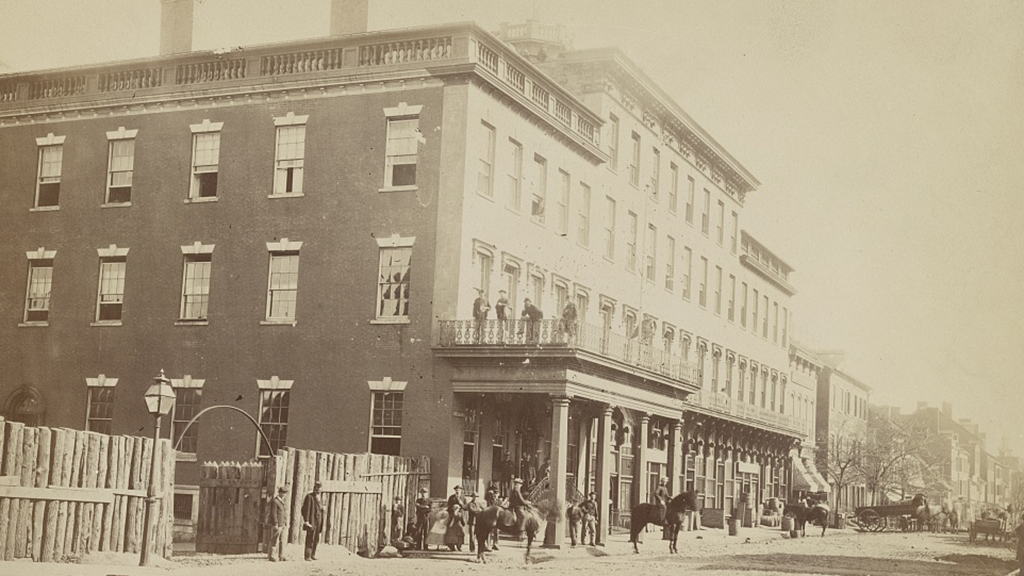 Nurses, Spies and Soldiers: The Civil War at Mansion House and Carlyle House

In 1861, the city that John Carlyle helped build was torn apart by civil war. On the border between North and South, Alexandria, the Carlyle House and the large hotel in front became first-hand witnesses to war. In November, as battles raged around Alexandria, the Union Army converted the property into a hospital. From 1861-1865 it was home to brave nurses, bold spies and battle-weary soldiers.

Their stories are portraits of the Civil War. They still speak to us from the letters and artifacts they left behind.

On May 24, 1861, Green awoke to  guns firing as Union boats landed in Alexandria’s harbor.  “The Confederate troops had barely time to leave town,” he noted. They were quickly replaced by Union troops, many of whom boarded at the Mansion House Hotel. “Not much sleep,” Green complained, “with our new boarders overhead dancing…” The dancing stopped a few months later when the building became a hospital.* 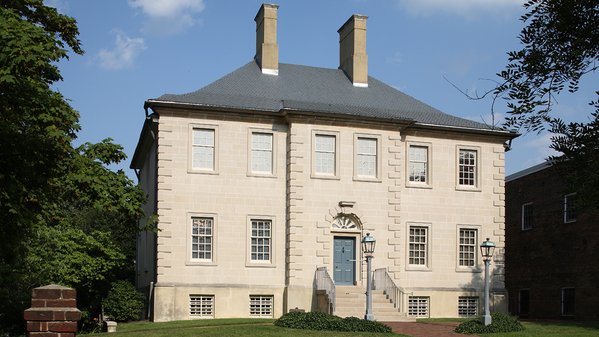 Carlyle HouseErik Kvalsvik for ACVA It would be the first day of a four-year occupation, the longest of any Confederate city during the Civil War.

Perhaps no one in the bustling city had as much to lose as Green did. By many accounts the wealthiest man in Alexandria, Green ran a successful furniture business as well as Mansion House Hotel, one of the premier luxury hotels in the region. Soon after the troop landing, Green’s “guest” population would change drastically, with enemy forces boarding at his hotel, causing him to write in his diary, “Not much sleep, with our new boarders overhead dancing.”

The dancing would soon stop. The Battle of Manassas (First Battle of Bull Run), on July 21, 1861, would leave more than 2,000 soldiers wounded and leave Union forces in a panic as to how to handle the unprecedented influx. Green received a letter just three months later telling him he had three days to vacate the premises. Mansion House soon became the largest of the more than 30 converted hospitals in the city and included more than 500 beds.

Like all of the makeshift hospitals, Mansion House was a place of considerable chaos and suffering. And much of what we know of it comes from the diaries of Mary Phinney, who described the conditions that followed the Battle of Fredericksburg:

Fairfax Street was full of ambulances, and the sick lay outside on the sidewalks from nine in the morning til five in the evening … and tonight were put back in ambulances and carted off again.

— from the diaries of Mary Phinney

Yet for all the chaos, Mansion House was also a place that was home to pioneering moments in medicine, including many engineered by female nurses like Phinney. The idea of female nurses was first introduced by Florence Nightingale in Europe, during the Crimean War. In the spring of 1862, however, the notion was anything but popular, with nurses enduring harsh treatment and rampant prejudice by those believing the hospital was no place for a woman. The perseverance of woman like Phinney helped set the stage for women not just in nursing, but in the medical profession as a whole.

James Green would be part of Civil War history in another way. It is believed that when General Robert E. Lee signed the surrender papers in Appomatox on April 9, 1865, he may well have done so on a desk made in the Green’s factory. Following the surrender, Mansion House Hospital and Carlyle House were returned to the Greens, and they reopened it as a hotel.

While some of the Mansion House hospital building was torn down in the 1970s, Carlyle House was saved from destruction and opened as a museum in 1976. Thousands of visitors each year tour the museum and hear the stories that inspired Mercy Street … stories of the Green family, of the daring Frank Stringfellow, of Nurse Mary Phinney and all those who toiled and were treated there.